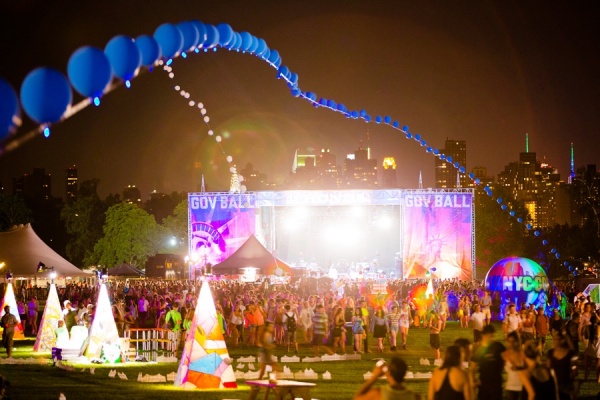 If you haven’t already heard about it yet, this past weekend was the annual Governor’s Ball Music Festival on Randall’s Island in New York City. And in the festival’s fourth year, it has achieved something truly incredible. This year had the most epic lineup GovBall has ever seen, bringing out the very best artists from across a multitude of musical genres. Every single artist brought their best to the big apple, and there was so many acts to see that you might not have caught everything. Here are the 11 best things we saw this year at GovBall! 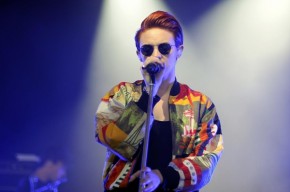 Synthpop hit machine La Roux took the stage Friday evening for an electrifying dance party under the Gotham Tent. La Roux delivered jam after jam giving delivering her A-game with every song. La Roux closed out her set with perhaps her most popular song “Bulletproof,” and the audience’s response was legendary. The entire island could hear the collective chorus of fans belting out every last lyric. 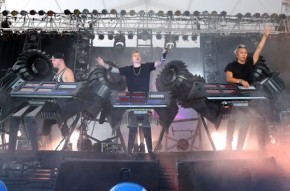 Sure Skrillex and Axwell and Disclosure are all great electronic artists and they all had killer sets. But the best dance party of the weekend took place under the Gotham Tent Saturday afternoon as the Glitch Mob pumped up the crowd using their futuristic instrument panels and massive bass drum devices. Hundreds of true dance music fans partied face as the Glitch Mob played one of the best and most original EDM performances of the weekend. 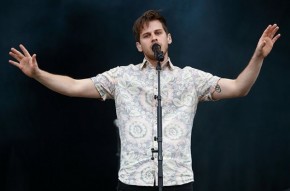 While Foster the People played their share of songs from the band’s debut album Torches, their GovBall set Sunday afternoon was packed full of satisfying new material. Trippy and trance-y jams from their new album Supermodel combined with Mark Foster’s charismatic enthusiasm created a engulfing psychedelic atmosphere. It was especially triptastic during Foster’s performance of “Psuedologia Fantastica,” the band channeled Tame Impala as they layed down angelic atmospheric choruses and chugging chord progressions to blow the minds of the masses. 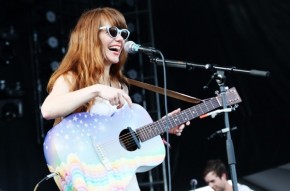 The weather was beautiful all weekend at Gov Ball and the music and energy seemed to blend together in a way that brought out the best in everyone. While you could see this all weekend, there was one place where the sunny vibes and good feelings were at there highest, and that was at former Rilo Kiley singer Jenny Lewis’ set on Friday afternoon. As the sun was starting to fall lower into the sky, Lewis broke into Rilo Kiley’s soulful ballad “Silver Lining.” For a few minutes, everything was just right and beautiful with the world. 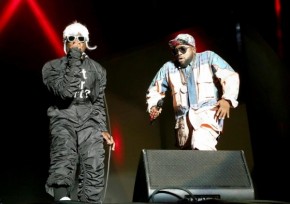 Did anybody expect anything less? The Atlanta hip-hop duo is traveling all over the country playing festivals this summer, but they had to have played one of their best shows ever as they wrapped up the festival on Friday night. Providing fans with a whopping 25 songs spanning their entire 20 year career, Big Boi and Andre 3000 easily had the best performance of the festival. Outkast are true artists and true professionals and their live show proves it with tons of hits and fan favorites, outlandish effects, and special guests. 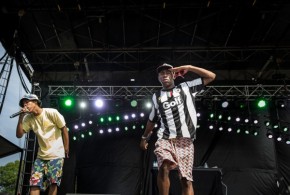 After Earl Sweatshirt’s set on Sunday (which I’ll get to later), OddFuture’s irreverant leader, Tyler the Creator, took the stage opposite Earl as hundreds of OF fans ran across the festival grounds. In between Tyler’s bass busting beats and audience chants of “Wolf Gang,” the nearly full Loiter Squad, composed of Tyler, Earl, Jasper and Taco (where was you Loinel?), cracked fart jokes, played with women’s underwear, and insulted the VIP section (for which much respect goes to Tyler). Jasper performed his verse from “Oldie” and Tyler showed love to a guy with a Thurnis Hayley sign: “…guy all the way in the back with the Thurnas sign, I see you, and I appreciate you.” It was hardcore and funny and bumpin’ all at the same time. Sadly, Catchphrase Jones was not present. 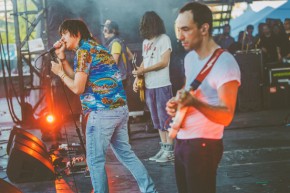 Definitely the highlight of Saturday was the legendary performance from New York’s own: The Strokes. The Strokes have only played one U.S. show since 2011 and they came back with a friggin bang. Playing all the hits to their fullest was a large portion of their performance and the island was alive as songs like “Reptilia,” “Someday,” and “Last Nite,” echoed throughout the festival. But what really made The Strokes’ set truly legendary, was their transformation of deep cuts and fan favorite non-hits into the mega-huge songs that the main stage at a festival like that calls for. Songs like “One Way Trigger” and “You Only Live Once” became larger and louder and better than their biggest hits on the GovBall stage. My personal favorite was their flawless performance of “Razorblade,” arguably one of their best songs. The Strokes killed it. 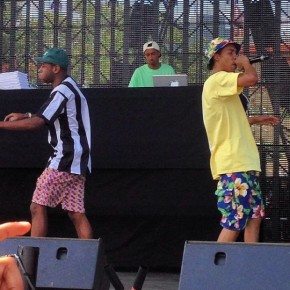 I already mentioned the camaraderie of OddFuture at Tyler the Creator’s set on Sunday, but the realest hip hop came from the earlier show with Earl Sweatshirt. Earl kept it real as he ran through verses from his hits from Doris such as “Hive” and “Chum.” But the truly raw talent of the two poster boys for OddFuture was when Earl brought out Tyler to perform “Woah,” and other collabs. These two guys have some of the best back and fourth since Outkast or Wu-Tang and delivered the realest 2 man performance of the festival.

New York’s own Vampire Weekend were the grand finale of the festival on Sunday night, closing out the show by performing the greatest songs in their catalog spanning all of their albums. While Axwell Ingrosso was playing on the other side of the island, Vampire Weekend was bringing their own dance party to the main stage with hits like “A-Punk,” “Giving Up the Gun,” “Holiday,” and “Diane Young.” Each song was perfect indie rock dance party material as every person in the crowd bopped and bounced along with every “Ya-Hey” and “OOaaahhhooo” that drove VW through their setlist.

Childish Gambino aka Donald Glover played a crazy show on Saturday afternoon. Gambino is becoming one of hip-hop’s best acts to see as he constantly plays shows and gets better with each one. GovBall was no exception. During an epic show complete with a full band and a pyrotechnics display, Gambino brought out Chance the Rapper and they performed their collaboration “The Worst Guys,” and announced that the two rappers will be doing a joint EP/album sometime in the near future. Two extremely talented dudes like that teaming up means good news for hip-hop.

Most Cigarettes Smoked During a Performance: the 1975 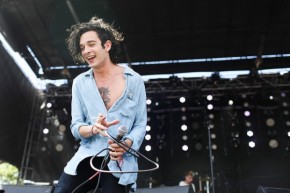 These guys are rock and roll as hell. They completely exceeded expectations at their set on Friday afternoon. This band does it right. All throughout their killer set, these guys were sucking down bogeys, sometimes mid verse or solo, and described that almost all of their songs are about girls and drugs and rock and roll. These guys embody the spirit of true rockstars and have the talent to back it up.