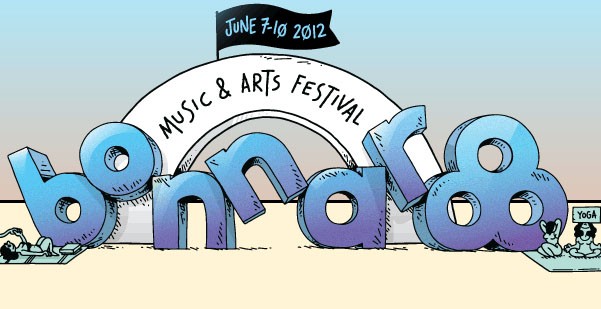 AHHH OMG!! Bonnaroo is just 2 WEEKS away!! Now we’re really getting down to the wire and to the bands that I’m most excited to see. We’ll start today with  Feist:

“For nearly a decade, Leslie Feist did not stop moving. Her 2004 Juno award winning album Let It Die led right into 2007’s The Reminder, which earned her four Grammy nominations, six Juno wins, the Shortlist Music Prize, and the opportunity to teach Muppets to count on Sesame Street. She made her Saturday Night Live debut and toured the world. She covered an album with Beck, recorded with Wilco and watched Stephen Colbert shimmy in a sequined ‘1234’ jumpsuit, and made a documentary about her visual collaborators on The Reminder. And then, finally, after the seventh year, Feist rested…

‘I read a National Geographic article about soil and modern farming,’ she says. ‘The point is for food to grow, the point isn’t for it to grow all at once and never grow again. Soil does its job, but unless you let it rest it can’t regenerate its own minerals and do the same thing again. You just have to let it lay there under the sun, dry out, get rained on and be still a little while.’ That she did. And now she’s back.” (from Bonnaroo website description of artist)