Tariq Rashid
Mainstream Music, Music
Comments Off on 14 Rappers & Singers To Watch For in 2014 Pt. 1 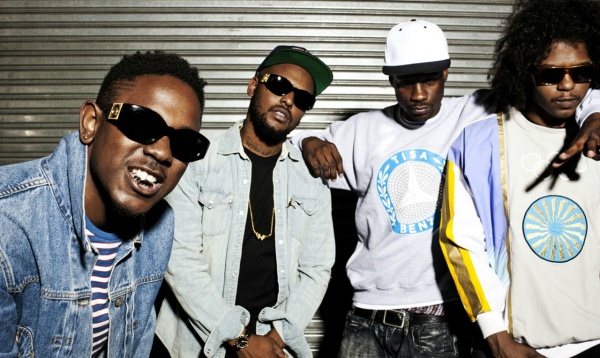 2014 is shaping up to be a a great year for hip-hop and RnB. Some artists have already kicked in the door dropping heat in January. The TDE crew is leading the pennant chase with several solid offerings. Schoolboy Q and Isaiah Rashad are just waiting to blow up the West Coast and abroad. Jhene Aiko is coming off of a stellar 2013, which saw her involved in a dozen features. Aiko’s debut album Sail Out, which is scheduled for release in May, is heavily anticipated. And there are a dozen other artists who are primed for an amazing year. So, without further ado – here’s our list of 14 rappers and singers to watch for in 2014!

West Coast rhymer Schoolboy Q is poised for a massive year in 2014. The rapper is arguably the second best in Kendrick Lamar’s TDE outfit. Q released his first major project, Setbacks, in 2011. Habits and Contradictions came a year later. Q’s second major project was a dark winding adventure. Audiences found Schoolboy reflecting on selling oxycontin, narcotic fueled binges with women, and life on the streets as a Hoover Crip. Schoolboy is unabashedly raw with a delivery that cuts, slices, and flips beats. The Black Hippy killed a feature on this A$AP Ferg’s “Work” remix this year and bodied TDE’s BET cypher. Q also teased audiences with two songs off of his upcoming album Oxymoron; If  “Man of The Year” and “Collard Greens” are any indicator of what the rest of the album will sound like, I’d say we’re all in for a treat. Keep an eye on Schoolboy’s bucket hat as he releases Oxymoron next month.

2014 may be the year of the Robins. No, not the migratory songbird; the crime fighting sidekick. Schoolboy Q and A$AP Ferg both got the cosign from the capos of their respective groups. A$AP Rocky gave Ferg the green light as he released his debut album Trap Lord this past year. The album was well received by critics and included bangers like “Shabba” and “Work”. A$AP Ferg’s combination of vocal tricks and myriad of flows put him above the fray. This guy has a sound that’s just as diverse as his sartorial repertoire. It’s a theatrical show whether he’s shouting belligerently or using the melodic fast paced Bone Thugz ‘n Harmony delivery. Expect more features from the Traplordian in the new year and a strong showing on A$AP Mob’s new album Lords.

Chicago has become a hotspot for up and coming talent. Leading the Windy City charge is a 19 year old named Lil’ Bibby. Bibby and his partner in crime tore through the drill scene with anthems like “Kill Shit” and “Play They Role”. Lil’ Bibby dropped into the national conversation this year with his first full length mixtape, Free Crack. The project answers any questions naysayers had. No, this kid is not like his monosyllabic rhyme scheme loving contemporary Chief Keef; this Chicago native can spit. Bibby weaves through drill beats in his signature baritone drawl and doesn’t leave much for the imagination. The East side native gives audiences floor seats to the ills of Chicago’s unforgiving streets. He’s brash, unapologetic, and raw. Look for the young gun to be scooped up for features by established mainstream rappers in 2014 (a la Chief Keef and Kanye). He’s already got the Drake cosign and a loyal following. Now he just has to do his thing.

Lil’ Herb came onto the national scene with his crony Bibby this past year. Herb, like Bibby, leaves nothing to the imagination for listeners. Herb is aggressive. He’s witty. He’s generous with his flow. Herb and Bibby are a force to be reckoned with when they trade lines. But Herbie is a gale force wind of his own when he goes solo dolo. It may be a little too early to say who’s better but I think Herb edges out his wingman. The young MC held his own on King Louie’s “Eastside Sh*t” and had fans foaming at the mouth for his three part “4 Minutes of Hell” freestyle. The braggadocious beat killer could improve by broadening his subject matter but his upside is amazing. Watch out for his project Welcome to Fazoland: The Motion Picture this year.

MMG got a lot bigger with several additions this past year. The super crew’s most notable pickup comes in the form a heavyweight MC from DC who goes by the appropriate moniker Fat Trel. Trel rocks with fellow Chocolate City native Wale but their styles are pretty different. Trel flexes over gritty trap beats throughout his SDMG mixtape. The songs are catchy street anthems. Fat Trel hit a homerun on his “Sh*t” remix. His verse bested strong offererings from Philly native Meek Mill and MMG boss Rick Ross. Trel fits perfectly into the Maybach Empire blueprint with his street edge. We’re just waiting for him to make the jump into the mainstream in 2014.

Is he a rapper? Is he a producer? Is he even human? Who knows, but Travis Scott is talented for sure. Scott had an amazing 2013 that included producer credits on Magna Carta Holy Grail, Yeezus, and Hall of Fame. The 21 year old put out some work of his own as well with the dark primal mixtape, Owl Pharoah. Scott has created a unique sound. His music is manic and sinister. His delivery is menacing and captivating. Scott brings fans into his own personal Hell with stirring songs like “Upper Echelon” and “Blocka La Flame”. The Houston native’s music isn’t for the faint of heart. Ethering Big Sean’s “10 2 10” remix at the end of 2013 definitely earned the rapper some fans as well. Look for La Flame to shake things up even more in the coming months!

TDE is arguably the best group leading this new revolution of hip-hop super crews. The conglomerate boasts several talented members who each have their own unique style, strengths, and perspectives. Not to be outdone by labelmates Kendrick Lamar and Schoolboy Q is newcomer Isaiah Rashad. The Chattanooga, Tennessee native brings his own brand of smooth Southern cool paired with sharp lyrical acquity to all of his records. “Shot You Down”, a dreamy sample driven jam, garnered national attention. The MC landed a gig at SXSW and at The Fader Fort. Rashad’s appeal lays in his storytelling and genuineness. Isaiah brings you through every failed attempt at monogamy, every vice fueled ride with the homies in the Civic, and every heart wrenching family spat. Isaiah Rashad fed the masses at the tail end of 2013 with “Brad Jordan” but fans and critics alike are still hungry. Here’s to hoping his first mixtape Cilvia will give listeners something to chew on.