Chris Will
Mainstream Music, Music
Comments Off on 2012 Wrap-Up: State In The Real’s Top 40 Tracks (Part 2) 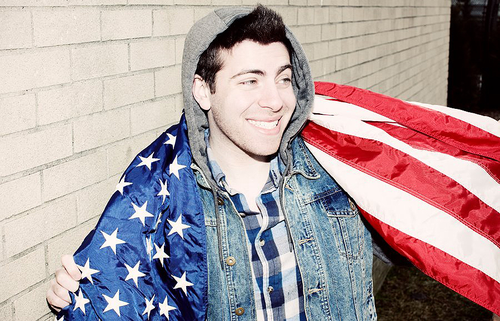 “It may seem like a fairly average hip-hop jam on the outside, but peel back a few layers and, no lie, it’s revolutionary. Background: the world’s most poorly-kept secret is that the music industry, in its current state, is failing. Hoodie did things differently here. Up until now, he’s made all of his LPs generously available for free digital download. His latest release, All American, he made available for $5 on iTunes. It was totally an independent release. And you know what? People still bought it, and it’s in no way an inferior product. ‘No Interruption,’ the biggest single off the album, is a quality party song which heralds a new era for the industry of music.” – Nate G.

“‘Gaucho’ by Dave Matthews Band was released on his new album “Away From The World” this year. The whole album was unreal, but this song especially stands out. The track has amazing lyrics and beautiful background instrumentals.” – Jenna B.

“If I had to describe his music in one word, I’d say it was ‘eargasmic’. His single, ‘I’m Into You’ from his debut is one of those songs you will put on repeat till’ you grow sick of it. The use of minimalist, almost mute drums and the synthesized keyboard sounds, ornamented with atmospheric vocals make the song the ‘drunk soul’ that it is.” – Karanjit

“Ah, ‘Some Nights.’ There were some incredible musical moments this year, but this has to be 2012’s crowning mainstream achievement. It not only indicates the wonderful progression of pop music, but also epitomizes fun.’s fantastic knack for creating otherworldly smashes with wildly relatable themes. Nate Ruess turns inward pain into an outward celebration, pitting his heavy lyrics with the joyous hip-hop-meets-the-Lion-King-Soundtrack production. What ‘Some Nights’ truly signifies is a call to arms to every man and woman in this world. We all have those nights that leave us staring at the ceiling, haunted by our past, present and future. And now, we can link arms and share in the regret, the longing, and the little shreds of hope that keep us going. 2012 is the year pop music truly began to become a shared experience, and we can largely thank fun. for that.” – Chris W.

“Who doesn’t love a good anthem devoted to tearing shit up? ‘I Love It’ is essentially two Swedish gals shouting into a microphone, but that does nothing to hinder the urge to sing a long.  Play it while you’re working out, while you’re pregaming, or while you’re quite literally crashing you car into a bridge if you’re the type to take advice from a song.” – Joey

“This song is so much fun. That’s really why I chose it. The lyrics are clever and easy to remember. They’d be easy to sing along to if Ed didn’t sing them so damn fast. This rhythmic acoustic song will put a smile on your face and a tap to your feet that you won’t be able to stop until the song is over. Simple as that.” – Nate S.

“This is just one of the most beautiful songs to come out of 2012. Marina & The Diamonds never fails to produce an awesome song. Maybe it’s because of some of the things I went through this year, or maybe it’s the beautiful progression of the music, but ‘Lies’ is a song that I can listen to at any time, over and over again. Of all the songs to come out of 2012, this is one of the most meaningful to me, so I think it qualifies as one of the best.” – Monica

“Typical Miracle” – Every Time I Die

“Hardcore veterans Every Time I Die took everything I ever wanted in a hardcore song and put it all into ‘Typical Miracle.’  With quirky guitar riffs, talented drumming, and Keith Buckley screaming into your ears, this song is good for whenever you need to let out some anger (or just want to head bang your life away for two and a half minutes). Be sure to put your stereo’s volume up to ten.” – Ryan

“I’m not a rap person at all. But I absolutely LOVE Macklemore and his
album, The Heist. ‘Can’t Hold Us’ is my favorite off the album because
the beat is unreal. I would love to see this song performed live with
the energy that Macklemore carries.  You can’t help but get pumped
when you hear this song!” – Sam

“‘Ho Hey’ was most definitely my song of the year. It’s an upbeat track, and even though it may be a song about a break up, it will have you tapping your toes. There is something so refreshing, and heartfelt about the Lumineers sound. I would consider The Lumineers to be one of the top folk breakout artists of 2012. They have certainly brought something new to the music world and are currently topping the Billboard music charts at number 3!” – Atisha