2013 Pop Punk and Alternative Rock Round Up

Now that 2013 is dead and gone we would like to take a moment to review the best albums in the pop punk and similar genres. It was a big year for pop punk, there were many good albums released and it was hard to only choose a few of the best to list here. We start off with State Champs then go through The Story So Far, The Wonder Years, Mayday Parade, A Day To Remember and end with the best album of the year, in my opinion, Fall Out Boy’ s Save Rock And Roll. 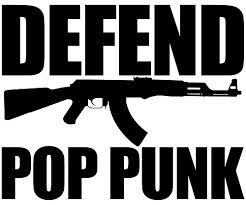 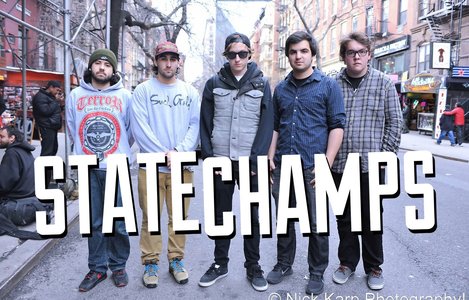 State Champs could be considered an up-and-coming band in the pop punk world, compared to the OG’s who have been in the business for longer than any of us can remember but they sure are taking the industry by storm.

The Finer Things is only their second full length album, but many fans are blown away with the more mature sound that the band has produced. This is an album full of energetic pop punk and sailing vocal melodies.


The Story So Far – What You Don’t See 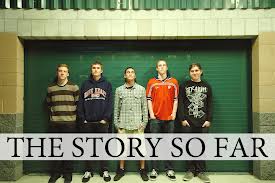 The Story So Far have perfectly blended the upbeat elements of pop-punk with the driving rhythms and brooding energy behind hardcore music and come out on top of the genre. There were a few doubts that this album could not match up to that of the previous one but those doubts were put to bed with the first listen.

The musicianship on this record is outstanding. The rhythms are crisp but driving and the call and response guitar work delves deeper into the layers upon layers of sound.

Similarly to many other bands in the scene today these boys have battled for every inch they have gained and have earned the right to sit at the top of the genre.

The Wonder Years – The Greatest Generation 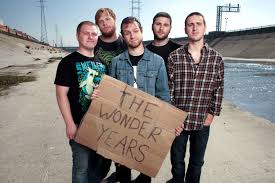 I believe in The Wonder Years. I have always place unrealistic expectations on them and they have never once failed to deliver. They continue to surpass every expectation I could have ever had and their newest album The Greatest Generation is no different.

They have received five out of five stars across the board for this new album and are being dubbed the new “flag bearers” of the pop punk genre and for good reason too.

The progression that is seen from the previous record to this one is outstanding. They are truly mastering the art of writing quality pop punk tracks and while this may not be their most epic album, it sure shows their devotion and willingness to grow and mature as a band.


Mayday Parade – Monsters In The Closet 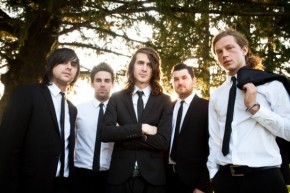 We have to give props to Mayday Parade for the release of their fourth studio album as a band, Monsters In The Closet. This is a band who consistently releases quality tracks about love and heartbreak that can, with a few expertly sung lyrics, take us back to our very first love, all without getting sappy. Once again they have used their lyrical talent and melodic choruses to woo us into loving yet another album.


A Day To Remember – Common Courtesy 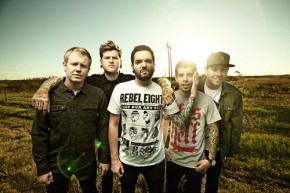 This album represents a long hard road to the boys from ADTR. After a heated legal battle with their label, Victory Records, the band ended up self releasing this album. Nevertheless, it’s nothing less than exceptional. They never fail to hit us with their classic popcore anthems, featuring bruising breakdowns and soaring lyrical choruses, which the band is so well known for. The tracks practically drip greatness with every heart pounding beat, leaving us wanting more. They have proven time and time again that they can run with the best of em’ and have more than earned a spot at the top of the pop punk world.


Fall Out Boy – Save Rock And Roll 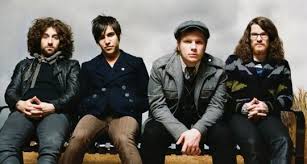 Fall Out Boy. Wow. Where to begin? This album has left me with my jaw on the floor.

What makes this album even better is that one of the most popular pop punk and alternative rock bands of the time, who were thought to be on a hiatus, made an entire album from the first musical inkling to the final mixing of the tracks, in total secrecy. They stated that they had made many albums for their fans and that this one was purely for themselves. In my opinion they should write for themselves more often.

I want to say that this album is classic Fall Out Boy but I would be lying if I said I expected this immaculate of an album from them. It is odd though that the album seems so seamless and natural; almost as though a lifelong fan, such as myself, could possibly sing every word to every song while listening for the first time, without ever having heard the album before.

Save Rock And Roll definitely takes the cake for me; number one in my book. This is the album we always hoped they would make. It never misses a beat and the tempo stays up throughout the entire album. These boys killed it. I dub thee the kings of pop punk.

Special shout out to other pop punk bands that released some quality albums this past year but didn’t quite make the cut:

Real Friends – Put Yourself back Together

Tonight Alive – The Other Side

A Loss for Words – Before It Caves

Hellogoodbye – Everything is Debatable