A Retrospective: 10 Years of American Idiot 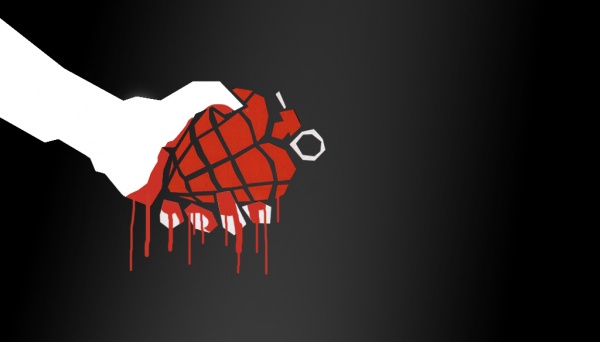 Very few albums in my life can I say that have had a lasting impact on me and changed the way that I listen to music. The first one that comes to mine Green Day’s American Idiot. Released ten years ago this album changed my life for all of the right reasons, and helped me appreciate music on a deeper level and start really paying attention to lyrics.
I was in fourth grade when the album was released; so I would be lying if I said that I was already a Green Day fan before this album came out. One morning, I was watching VH1’s top 20 music videos of the week, and there was one video that came on that caught my eye, a hard, fast, song that swore (most of what I was listening to the worst word I heard was “hell”) and there was the slime, of course I am talking about the music video for “American Idiot” immediately I was hooked and wanted more. As soon as I could, I ran out to Circuit City and bought the album, a few weeks later their next music video came out, it was “Boulevard of Broken Dreams” a much slower song than their first single, but still I was hooked. Their music videos were too much for a fourth grader to handle, they were in your face and poignant. Then came the song that pulled at your heart strings so much that if you didn’t tear up the first time you saw the video, you might have been a robot. “Wake Me Up When September Ends” a music video showing a couple whose relationship is pained by the war overseas. Both seem to be able to keep their heads straight and not miss each other too bad, until the man serving overseas is attacked and dies in combat. Even thinking about this music video, one that I have seen close to 100 times, still makes me sad and a little teary eyed. Green Day’s music videos made me realize how important music videos can be in helping a band complete the vision of their album.

That vision that Green Day had for their album is one that I had never heard before; but bands like The Who, Meatloaf, David Bowie, and Pink Floyd have perfected over the years. On first listen, especially at such a young age, it’s hard to put the pieces together of how the album tells a story, but listen after listen I was able to put it all together. The album is a story about “Jesus of Suburbia” leaving the peacefulness of the suburbs and meets a girl named “Whatshername” as they battle over their beliefs and meet another character, Saint Jimmy who is ultimate personification of chaos and self destruction. Listen to the album and you will hear so much more, the little synopsis I just gave you is the more generic over arching theme of the album, but with each listen you hear more of what Jesus of Suburbia is like and more of who this St. Jimmy is. Another major theme of the album is politics, the “Unnecessary” war we are fighting over seas and George Bush, oh how they love to blame the former president for our nation’s issues. As Rolling Stone magazine so elegantly put it “How the brats grew up, bashed Bush, and conquered the world.” It was probably the first time that I really thought about all of the unnecessary fighting we were doing post 9/11. This was in fourth grade too, kudos to Green Day for making a kid in elementary school so politically conscious. But the themes and the story of the album are so poignant and meaningful that it spurred Broadway to invest and help them make a musical that was well received. Very, very few rock albums can say that they have their own Broadway production.

Finally let’s get down to what this album means to me now, ten years later. First off before May, it had been a few years since I had listened to American Idiot but one day while record shopping I saw something that I never expected to see, American Idiot on vinyl. I was so happy that this existed. But it was more expensive than I was willing to spend at the time, thinking that it was so rare that I would never see it again, I vowed to buy it the next time I saw it. Sure enough, as fate would have it, I found it and of course bought it, and I do not regret that decision. As soon as I got home I put needle to record, and let me tell you the record put me back into my little fourth and fifth grade self. Going everywhere listening to the album. Hearing the cracks and pops with the album gives it a richer deeper sound and a more powerful meaning. I know every word of every song on the album, and brining it back into my life was such a fantastic decision, it has become one of my favorite records in my collection, mostly out of personal memories and nostalgia. Hearing my personal favorites such as “Are We the Waiting,” “Jesus of Suburbia” and “Give Me Novacaine” on vinyl brought back all the feels. Going back, after all of these years and hearing all of these different albums through the years and American Idiot still holds up as one of the best albums that I have ever heard and with all of the memories that I have from the album. Even ten years later, this album still holds up. It is a reminder how truly impactful music can be on your life. For me, no other album more perfectly reminds me of my childhood (yes, that’s right I am a old grizzled man now) it reminds me of playing football with my friends, playing Ghosts in the Graveyard at sleepovers and all of the stupid fun kid stuff you do in elementary school. As I sit here typing the final words of this retrospective, I am listening to the album, and honestly am getting a little misty eyed because this album has had such a large impact on my life. The impact is ineffable, but the feelings are real. On my worst days, this would be the place I went to, to escape from the bad day I was having, and it was just something that was so ubiquitous for everyone in my school, it was a conversation starter, and still proves to be, to the right person. 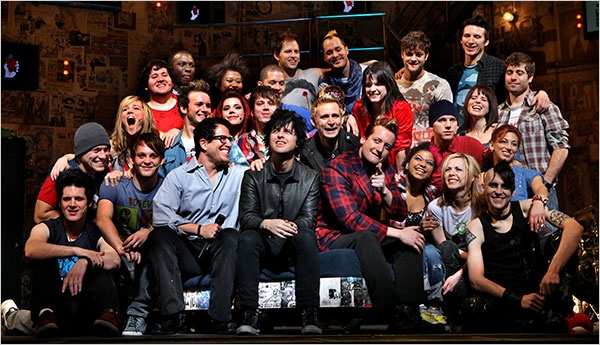 Armstrong, Dirnt, and Cool With the Cast of American Idiot

In closing Billie Joe Armstrong, Mike Dirnt, and Tré Coo thank you all for making one of the best albums that a young 20 year old could hope for. You gave meaning to a confused fifth grader and opened his eyes in ways that he never thought that music open them. To this day your Rolling Stone poster will hang in my room, as a constant reminder of the impact American Idiot had on my life and will continue to have; even when I am a grey old 70 something year old, I will still rock out to American Idiot. 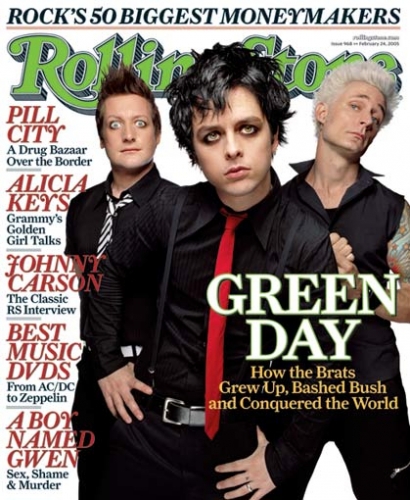