A Song that’s “Ours to Own”

[TL;DR: Graduation feels, I know Tawa, his music is good, scroll down for review of “Ours to Own“]

At the end of a long journey, we usually reflect on the time it took us to get there and the big events that shaped us along the way. My own 5 years at Penn State, much like DJ Keegan Tawa’s, are ending soon, and though I won’t bore you with my personal anecdotes about meeting/working with him since we were both lowly, self-assured sophomores, I know I can’t separate my review from my experiences.

When thinking about this man’s collegiate music career, I reflect on the songs he released throughout his years here. Because of Songwriters Club and our close mutual friendship with his lyricist, Myles Billard (seen here acknowledging the crowd with a wave), I’ve often gotten sneak previews of Tawa’s music and Myles’ lyrics during their various stages of production, and I’ve even given feedback and suggestions at points. Inviting critique of one’s art is probably one of the most vulnerable things you can do as an artist, so I’ve never taken the privilege lightly. Beyond that, I consider myself very lucky to have had even a minor role to play in how Tawa’s music has been shaped these 4 or 5 years. Garnering support for him by spreading the word about his songs has been my passion because I truly believe in this guy’s music.
As artists, we inevitably read our songs 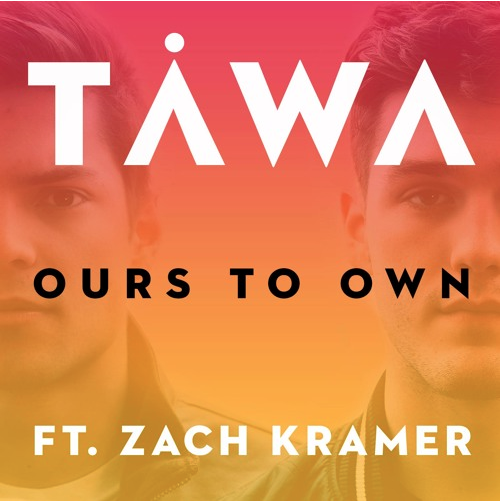 like headings from the chapters of our lives, because so often it’s the work we were putting into our music between those papers and lab reports that was our real focus all along, the stress of school and homework seeming more like a minor distraction than our true reason for being here. Those songs aren’t made in a vacuum. What I mean is that we put every ounce of ourselves into our music, every bead of sweat, every drop of time, every direct/indirect – intended/unintended influence of those around us is written in the synths.

This final song from Keegan is the reflection on those chapters he and the people he’s lived and worked with have written together. “Ours to Own” draws on the words and major themes from nearly every previous song Keegan has put out here at Penn State. At no point does this song hide from what it really truly is: a goodbye.

In his lyrics, Myles Billard has represented the sort of collective experience that is Penn State as a relationship to someone that we must say our farewells to. The metaphor is poignant without any of the easy corniness that usually gets tacked onto such themes.

Rather than a clingy montage of black and white images screaming angst and nostalgia, the lyrics sing like a mature parting of the ways. Zach Kramer croons smoothly as the opening chords strike, his always excellent vocals gracing our ears with the familiar titles of Keegan’s past songs as it pushes inexorably forward like the march of time itself.

And the harmonies? Damn. Just damn.

Without giving too much away about the song, to me it’s really about moving on, not necessarily being ready for that, and doing it anyway; after all, “time never waits for goodbyes.” It’s about leaving that relationship with Penn State knowing she’s prepared you for what the world is going to throw at you, and seeing those horizons knowing you’re heading for great things because of the past that brought you here. And we will carry every second spent in this town knowing “we’ll never walk alone,” knowing “I’m never on my own” because of it.

But like I said, I can’t separate my review from my experiences here. Maybe these words mean something else entirely to you.

The whole reason I started this review with all that touchy-feely crap about journeys and whatnot is really because the sonic journey Keegan and Myles have been taking us on since their first fateful collaboration has been leading them and us up to this moment, this song, that could not better represent all of our collective odysseys if the Nittany Lion came on the track to spit a verse himself. And of course I’m not limiting the experiences that this song encapsulates to Penn Staters alone, but as a soon-to-be-graduating student, I do declare this song to be ours. Sorry Keegan and Myles, but this is one jam whose possession is undeniable: it is Ours to Own.