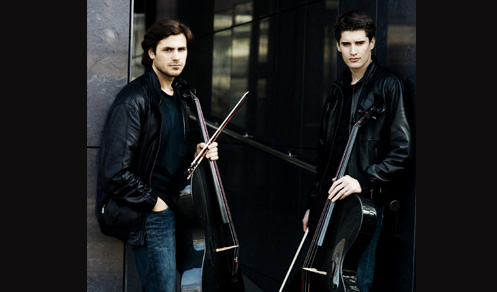 2 Cellos follow the increasing trend of pop music by melding the classic with the fresh, the past with the future, the then with the now. But instead of borrowing from the 80s or emulating former musical greats, Luka Sulic and Stjepan Hauser take the age-old power of classical cellos and merge them with the most current top 40 hits and musicians. Their newest album, In2ition, is easily their most gripping work yet. It’s chock-full of fantastic covers, featuring equally fantastic singers and songstresses. 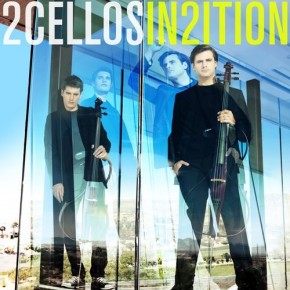 Those who’ve seen Glee know that 2 Cellos tear it up, as their work on Glee’s cover of “Smooth Criminal” literally made it one of the greatest musical works of the entire show. But even if you aren’t familiar with this daring duo from Croatia, venture into the musical landscape of In2ition.

If you’re in need of some starting points, here are three great songs to begin with.

2 Cellos bring along up-and-coming indie pop starlet Sky Ferreira to cover Nancy Sinatra’s “Bang Bang.” They not only do the 40’s songbird justice, but Sulic, Hauser, and Ferreira’s version is beautiful and eerie all at once. 2 Cellos slow down the tempo, stripping down the track to the lone cellos (as they usually do). Ferreira cuts through the silence with her haunting voice, and Sulic and Hauser let her ensnare the heart for a bit before they come back in. And when they do, they pluck away with a kind of foreboding ebb-and-flow.
“We Found Love”

Rihanna and Calvin Harris’ chart topping smash has been covered every which way, except this way. Vocals are absent, 808 beats are gone, and all that’s left is a stirring, emotive instrumental. Even the buildup and the breakdown are refreshingly organic, falling lightly upon the ears like a warm spring shower. It makes you wish that every behemoth pop anthem was covered like this.

Though “Clocks” still contains the ubiquitous piano line, it’s the shift from indie-rock to classical that makes it so gorgeous. The cellos overtake the piano at intermittent points in the track, and without vocals or guitars, the true melodic worth of the song shines through.

Be sure to pick up the album on iTunes, Amazon, or at a local retailer.