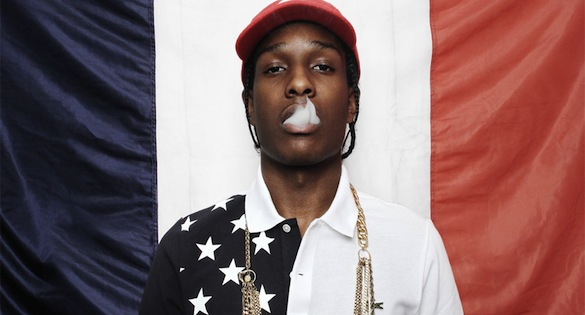 Long.Live.A$AP isn’t just the title of A$AP Rocky’s long anticipated, prolific debut, it’s the collective consciousness of the entire album itself. It’s the cool and bloody overthrow that A$AP stages with this 12-track LP. It’s the dynasty established with every half-slurred bar, sideways beat, and haphazard hook within Long.Live.A$AP’s 49 minute span. A$AP may have been dubbed the prince of underground hip-hop with his critically acclaimed mixtape Live.Love.A$AP, but this album crowns him the king and pioneer of top 40 rap. 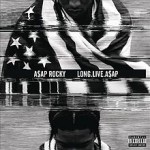 Instead of being overly loud and overproduced, Long.Live.A$AP thrives on the subtleties and innovative touches. Nothing on the album is too ornate or lush, the layers of composition are soft and sparse, and the prime focus is on the vocals. This all culminates in music that has less, but does far more than most of 2012’s biggest rap tycoon releases.

Each track has its own unique appeal, but I decided to pick out three in particular that I found especially notable.

“Goldie” features that low-pitched vocal-work that crops up intermittently throughout the album, a kind of heavy, syrup flow that juxtaposes the canary-like synthesizers and gravelly percussion. A$AP writes a track that serves as the all too familiar send-off to the haters, but that’s not what’s notable here. It’s the rhythm that A$AP keeps, how he so nonchalantly captures your attention with his steady voice.

For “Wild For The Night,” A$AP stands by side with the king of dubstep, Skrillex, fashioning a club-heavy party-rap track that delivers one hell of a blow. Opening with a light bass-brushed beat and sneering guitar licks, the track surges forward with a floor-shredding dance breakdown, courtesy of Skrillex himself. Like “Fashion Killa,” it’s a little bit out of place with the rest of the album tracks, but it’s by no means any less interesting. A$AP may dabble in pop and dance every now and then, but when he does he creates a complete wildcard of a record.