Chris Will
Mainstream Music, Music
Comments Off on Album Highlights: The Script's #3 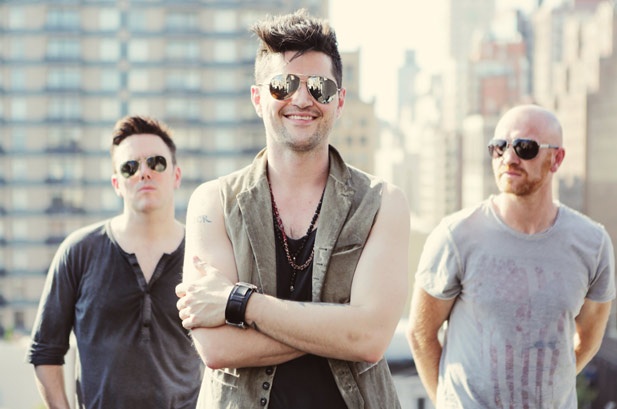 Dublin-based outfit The Script could best be described as the grassroots soft-rock band of the 21st century, shelling out hook-studded records emblazoned with earnest pain and heartache. Since they first broke onto the radio in 2010 with their top 20 smash “Breakeven,” The Script have proved they’re a band that’s more interested in the Average Joe than the diamond-encrusted Hollywood glam. Their self-titled debut birthed two hot 100 gems, the afore-mentioned “Breakeven” and also “The Man Who Can’t Be Moved.” Both songs found vocalist Danny O’Donoghue in a dank pit of sorrow, heart in sham from a femme fatale. Their sophomore effort Science & Faith also spawned two similarly popular hits. “For The First Time” was an ode to the common folk, struggling through economic and romantic strife. O’Donoghue imbued the effervescent acoustics with a mix of brokenhearted faith and weary celebration, shedding some sunlight on the financial and social shadow. “Nothing” followed the same formula as “Breakeven” and “TMWCBM,” as O’Donoghue reels in the aftermath of a failed relationship, drunk and hurting. Their first two efforts cemented The Script as a band that, even through the glossy production, focused their songwriting efforts on the real day-to-day struggles of the common man.

The Script’s third release came out last week, appropriately titled #3. The 10- track album turns up the dial on the group’s subtle hip-hop influences, with O’Donoghue mixing in some sing-song rapping and crisp piano riffs into various tracks. Though the entire album is an emotional rollercoaster of catchy choruses and alt-pop sheen, a few tracks in particular are truly noteworthy.

“If You Could See Me Now” begins with melancholy piano keys and a quiet xylophone, twinkling lightly over the violins. O’Donoghue laments the loss of his father, painting a bittersweet picture of his old man before he passed away. He resembles a sedated Mike Shinoda in his style of rap, adding layers of choral background harmonies and his own melodies to his verses. The emotional turmoil is certainly there in “If You Could See Me Now,” but its applied moderately enough that it isn’t overbearing.

“Hall Of Fame,” #3’s first single, is a bit of a different, inspirational direction for the band. Featuring Black Eyed Peas frontman will.I.am, O’Donoghue and Will do a pretty solid job of trading back and forth on the verses with their unique vocal-work. The track vibes with an anthemic mix of alternative rock and hip-hop, brimming with optimism. Earthy acoustics flow across the hip-swaying beat while glitzy electronic influences flit about throughout the course of the track.

In the song “Broken Arrow,” O’Donoghue once again tries his hand at straight rap, spitting over the crunchy acoustic guitars. He intermixes subtle orchestration and a hard-rocking drum beat to give “Broken Arrow” a bit of a driving force. Like “Hall of Fame,” “Broken Arrow” is uplifting, but this time telling a story instead of directing advice.

Be sure to pick up their album on iTunes and Amazon!