Chris Will
Mainstream Music, Music
Comments Off on Album Highlights: The Vaccines' Come Of Age 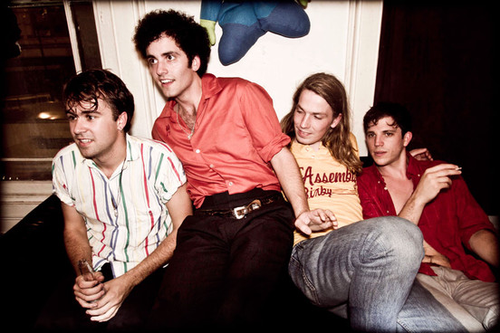 The Vaccines jab and leap with the punk-rock prowess of some of the UK’s most seasoned musical veterans, adding subtle shades of indie to give the familiar genre a spunky twist. Their debut album What Did You Expect From The Vaccines? flowered onto the Brit-pop scene with its cheeky songwriting and retro influences, mixing post-punk revival with the arid production of 80’s-influenced rock. The album spawned several singles – among them the undeniably fun and catchy “If You Wanna” – cementing The Vaccines as a top 40 UK staple. Though they have yet to catch on as heavily in the states as they have overseas, The Vaccines have effectively delivered another snark-ridden punk powerhouse, their sophomore effort Come Of Age. 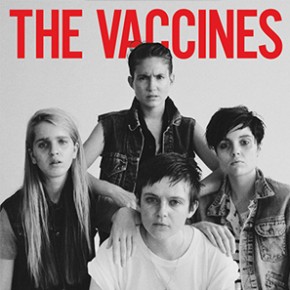 If the title Come Of Age is anything, it’s blatantly ironic. The Vaccines turn up the snarling punk riffs and spitting lyricism, building a loose theme of juvenile, lackadaisical malarkey. This isn’t an indie-rock album for the brooding, introspective music lovers; it’s an album for the scabby kneed, blasé teens. That’s not necessarily a bad thing at all; the youthful tone is refreshing, it’s amusing, and it’s bright. Throw it on your iPod, put on your headphones, and go dance out in public and cause a scene. While you’re deliberating whether this is actually a good idea or not, here are a few standout tracks to get you started on Come Of Age.

The opening track to Come Of Age, “No Hope,” is an air-headed cut of retro indie-punk. Kicking off with a catatonic smattering of shredding guitars, the song then reigns back into mid-tempo, bouncing instrumentation and head-bobbing percussion. Singer Justin Young sets the tone for the rest of the album with his nonchalant, tuneful drone, bleating “Cuz when you’re young and bored and 24 and don’t know who you are no more there’s no hope, and it’s hard to come of age.” It’s here that Young reveals the album’s title, proving that Come Of Age is exactly its opposite.

The Vaccines break into “Teenage Icon” with the heart-thudding drums and sharp guitar licks, as Justin Young lays out a string of lyrics, comparing himself to something similar to an incompetent child. There’s a familiar hint of biting sarcasm to the song, as Young contrasts the downtrodden lyrics with a kind of effervescent melody. He’s no teenage icon, he’s no Frankie Avalon. He’s nobody’s hero, and frankly, he could give two sh*ts less. “Ohhhhhhhhhhhh!”

“Weirdo” shuffles into the middle of the album, flanked by dusty electric guitars and a thrumming bassline. Here, Young’s vocals swing and sway softly in the verses amongst the eerie twang, and Young channels a bit of Thom Yorke with his mournful croon. Even the chorus has the same kind of melancholy, burning feel of Radiohead’s “Creep.” Young delivers the refrain “you know I’m not a weirdo” as less of a statement of affirmation and more of a desperate plea. This is one of the few times in the album that the band sheds away the “middle-finger-to-the-world” mentality and opens up their bank of “feelings and emotions.” Surprisingly, it works.

Be sure to check out the rest of the album on iTunes and Amazon, and rock on with the Brit-pop phenomenon that is The Vaccines!