“Hold up 2014, Imma let you finish, but I got to say I have the best album of the year.” If J. Cole’s album could speak, I have a feeling it would say something along those lines. Coming off of 2013’s unforgettable Born Sinner, Cole is back with 2014 Forest Hills Drive. Rumors swelled that J. Cole would release an album by 2014, but like most rappers who said they would release an album this year, we didn’t believe we would see a new Cole record. But a few weeks ago J. Cole revealed that he would in fact be releasing his album before year’s end. Before I dive into the music, we need to take a second to look at the political climate that is surrounding the nation in which Cole has tapped into musically. In the wake of names like Eric Garner and Michael Brown, most rappers have decided to stand up and use their sphere of influence to bring awareness to the issues at hand. It was fairly well documented that Cole was in Ferguson, and his views on the matter are no secret. It was the next logical step to bring these issues into his album, without making them to heavy-handed or preachy. Cole took the most respectful way to rap about these issues. 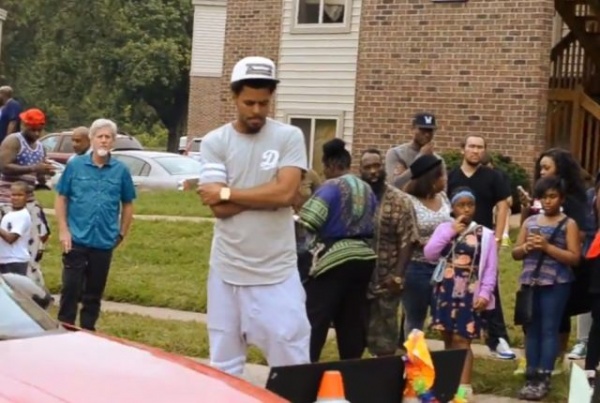 Having his finger on the pulse of what is going on in the nation is one of the top reasons why Cole is one of the hottest rappers right now. To draw on the thoughts of LeBron James, the new generation of rap’s Mount Rushmore (so lets exclude Jay Z and Kanye West) is as follows; Drake, Kendrick Lamar, J. Cole, and Chance the Rapper. So this release is kind of a big deal, but enough about the hype; how does the album sound? I have to say it is very easily one of the best albums of the year. It needs to be noted that this album is entirely Cole, there are no features or guest spots, something that has become ubiquitous with the rap genre, but this is just Cole rapping. Starting out with a preface explaining that the album had to come out this year, and immediately going into a classic Cole track, “January 28th”, a track that prepares you for what is to come. The whole album is tight, every song feels expertly crafted and thought out. From the Ferguson reminders to the Grammy nominations, this album is incredibly relevant. Everything in it really makes this album have to come out in 2014, these topics cannot wait until next year for people to hear and think about.

2014 Forest Hills Drive is one of the best albums of the year and J. Cole calls out his rivals, at times almost to the level of Kendrick Lamar’s “Control” verse, but Cole goes about it in a less brash way. The album is relevant and tapped into the nation. Go out and see for yourself and open your ears and eyes to the words of Cole, one of the best rappers in the game right now.