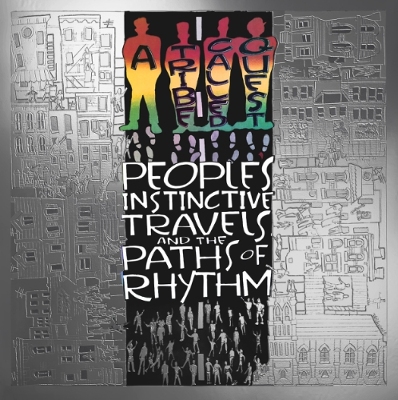 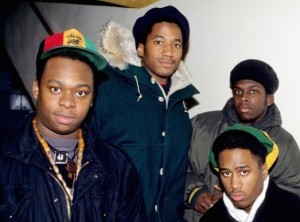 First off, let me make a few things clear, we here at State in the Real do not usually make a habit on covering reissues, but this one seemed to be a little too important to let go. 25 years ago, the sound of hip hop and rap changed. Three men from New York decided to change how people thought about hip hop and rap, this group, A Tribe Called Quest, consisting of Q-Tip, Phife Dawg, Jarobi, and Ali Muhammad, these men were apart of the rap collective known as the Native Tongues. Where most rap was still in its infancy, A Tribe Called Quest, along with other Native Tongues members, push the boundaries of what it meant to be a rapper, it was no longer a lifestyle filled with violence and anger, like N.W.A. were providing. A Tribe Called Quest were rapping about social issues and more light hearted issues. Their sphere of influence basically knows no bounds. Pharrell, Questlove, J Cole, Kanye West all cite A Tribe Called Quest as their influence. Hell Questlove even got his name from the band. In their album People’s Instinctive Travels and the Paths of Rhythm (moving forward we will call it PITPR). Their first studio album, and from the get go, one can see why they are such a special band. In 2013, the Tribe performed what Q-Tip referred to as their last show, but you can’t keep a Tribe down. Recently reuniting on The Tonight Show With Jimmy Fallon, the rap group reaffirmed why they are still needed in the rap world. In a time when trap music, hooks and rapper feuds are what is fueling the rap industry, we need songs that ask the simple questions like “Can I kick it?” or “Do I eat eggs?” to the latter the answer is “I don’t eat no ham n’ eggs, cuz they’re high in cholesterol” A Tribe Called Quest just reminds me of summer, and this album, among their best, is one of the most upbeat and happy albums. In the best way possible it embodies everything that is great about New York, think of it like the happy parts of a Spike Lee movie, you see the bright colors, and feel the warmth of the summer heat. 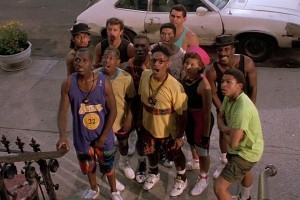 Now to get to the meat of this album, what does it sound like? At this point, if you have not heard it or have any interest in getting into a Tribe Called Quest, than I just do not think that Hip Hop is the genre for you. This is honestly one of the greatest hip hop album of all time, and the 25 years have done it very well. It does not seem dated, when I hear about  classic albums getting reissued I usually roll my eyes (Yes Bob Dylan and Led Zeppelin I’m looking at you) most reissues are just slightly cleaned up audio versions of classic albums with slightly more modern album covers. I do not usually fall for this trap in music, but for this what really caught my eye is the three remixes capping the album. These remixes come from the hands of Pharrell Williams and J. Cole. There is also a remix of “Footprints” featuring a new verse from Cee Lo Green, and this is Cee Lo at his best, like good old Gnarls Barkley Cee Lo. As for the Pharrell remix, it is sexy, like really makes you feel Q-Tips love for his “Bonita Applebum” Pharrell brings this love rap to the next level, like a Marvin Gaye level, and brings the seduction to the house. As for J. Cole’s remix of “Can I Kick It?” I would say that it is the weakest of all three remixes, but that is mostly because the other two are just so strong. Also it is worth noting that this is a remix and does not include verses from Cole. These remixes do make it worth the re-listen. The album is a classic, and the 25th anniversary shows why PITPR deserves the credit that it gets. It is a cleaner sound than 25 years ago, and the remixes are definitely worth checking out. 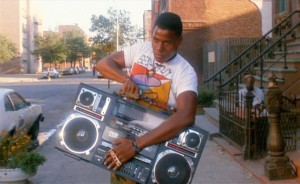 A Tribe Called Quest comes back 25 years after their studio debut and remind us all they are the ones that had a hand in changing the sound of rap music. From Q-Tip to Phife Dawg to Jarobi to Mr. Muhammad, A Tribe Called Quest brings the fun back to rap, in a time when rap is becoming inundated with club bangers. This is music to walk around the block with your boom box. The remixes from some of the biggest names in hip hop make this reissue worth checking out. And as an added bonus here is the group reuniting to perform “Can I Kick It?”