Album Review: Ben Folds Five – The Sound Of The Life Of My Mind

Chris Will
Mainstream Music, Music
Comments Off on Album Review: Ben Folds Five – The Sound Of The Life Of My Mind 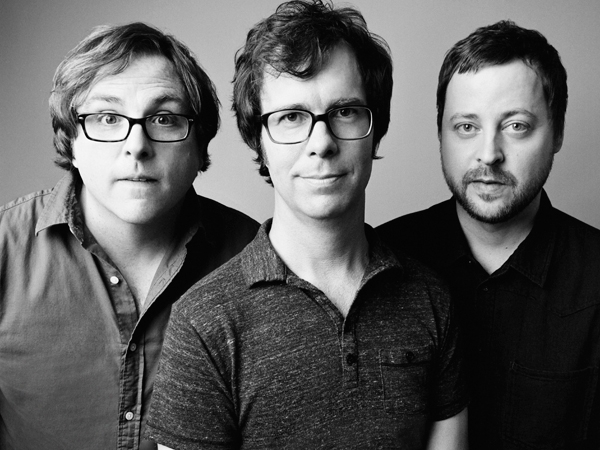 To say that Ben Folds is the Renaissance man of indie-rock would be a daft understatement. He’s easily one of the most talented and diverse indie-rock gods in the musical multiverse, with a wildly successful career that has stretched the better part of two decades. From his beginnings with Ben Folds Five, crafting piano-fed, Weezer-esque garage rock in the early nineties, to his vast experimentation with pop throughout his solo career, Folds has pretty much done it all. He’s filled every one of his albums with a wide array of musical styles. Tongue-and-cheek, cutting rock tracks slouch side by side with lush, infectious pop tunes, primly inching over as to avoid the dark, brooding piano ballads that bleed desolate sincerity. Each of Folds’ albums intermixed these three genres into stunning and gorgeous forms, keeping each new effort fresher and livelier than the last.

When Ben Folds closed the doors on his solo career, many feared that this would be the last of the tousled haired, bespeckled, and talented pianist. Luckily, Folds reunited with his old bandmates, and together they created the first Ben Folds Five album in over 10 years. The album, titled The Sound Of The Life Of My Mind, will be released tomorrow, September 18th. Combining the older influences of the Ben Folds Five era with the rich musicality of Folds’ solo work, The Sound Of The Life Of My Mind has something for old and new fans alike. 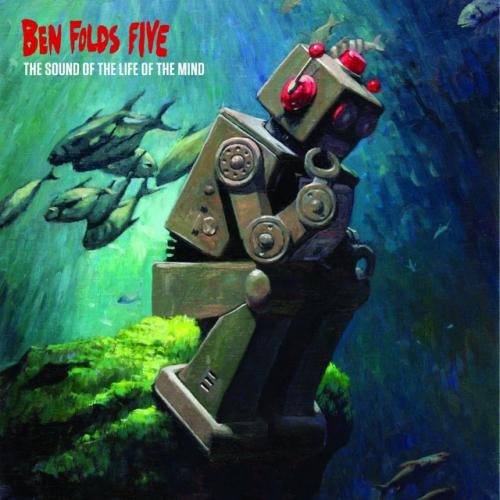 “Erase Me” is a delightfully eerie and morbid opening to the album, where we find Folds’ lamenting over his irrelevance in his ex lover’s life. Heavy piano keys and muddy guitar licks suffocate amongst Folds’ strained vocals, each lyric jabbing like a sharp knife. “Put me in the ground and move the daises,” Folds bites, his agony and anger so potent that it’s almost unsettling.

“Michael Praytor, Five Years Later” lightens up the mood with its gleeful Motown piano-work and head-bobbing rhythm. This is a song for sunny car-rides, poetic, pretty, and fun.

“Sky High” kicks off with an ethereal wave of harmonies and ambient instrumentation, slowly transitioning into an unassuming piano ballad. Folds crafts a sweet and broken love song, painting a picture of soft romance under a beautiful blue sky. Gentle violins meld with the simple piano riff, as the symphonic grandeur lifts the track to it’s euphoric close, a massive choir of angelic, reverberated voices fading into cooing synthesizers.

The title track of The Sound Of The Life Of My Mind is a fantastical cut of bright pop rock, the first time in the album that Folds really belts it out and lays it down on the piano keys. It’s the magnum opus of Folds’ signature sound, whimsical background harmonies and theatrical orchestration standing as a foundation for Folds’ quirky storytelling and complex characters.

“On Being Frank” slows down the pace, bringing in heavy influences from Elton John and The Beatles. Though the track doesn’t quite jump out as much as the previous tracks do, it has a good flow to it, once again flaunting that signature sound from Ben Folds and Ben Folds Five. It may not be awing, but it’s certainly still enjoyable.

Ben Folds really takes a different route on “Draw A Crowd,” providing what is definitely the best opening of any track on the album. A melodramatic choir of voices joins an otherworldly synth, broken by a quiet “damn.” The track then moves into a mix of piano and burping guitars. “Draw A Crowd” is Ben Folds Five at their most relaxed, one of the most asininely hilarious tracks on the album, if not in Ben Folds’ entire repertoire.

“Do It Anyway” is a push of inspiration, as Folds’ dares his listeners to take strides and expand their boundaries. There’s a touch of honky-tonk Americana, a kind of Western old school country feel that gives the serious theme a buoyant drive.

“Hold That Thought” is a breezy, folkish love anthem. Piano keys fall lightly on Folds’ vocals like raindrops on a tin roof, and the drumbeat is barely discernible under the sweet harmonies.

The Sound Of The Life Of My Mind ends on a down-tempo and heartfelt note. “Away When You Were Here” is an ode to a deceased father, with Folds singing from the prospective of the son. “Thank You For Breaking My Heart” is an entirely acoustic affair, a bitter, downtrodden song much in the lyrical vein of the opening track “Erase Me.”

Make sure to pick up the album when it drops on iTunes tomorrow!