Album Review: Dave Matthews Band – Away From The World

Chris Will
Mainstream Music, Music
Comments Off on Album Review: Dave Matthews Band – Away From The World 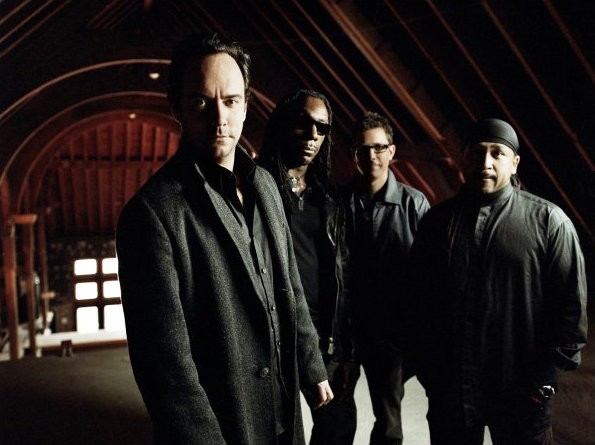 On September 11th, Dave Matthews Band will grace the world with their newest release, their 11-track effort Away From The World. This is the band’s 8th studio album, a slowly nurtured, carefully crafted collection of music that ripples with the pure musical clout of DMB’s best. True to its name, Away From The World is a blissful, surreal escape from reality, taking listeners through dim, warm, neon-lit alleyways where funk, soul, and alternative rock flow freely and intertwine. You won’t find stuttering dubstep drops or lush, cascading auto-tuned harmonies anywhere in this album. What you will find, however, are beautifully haunting melodies and dusty acoustic guitars, ethereal saxophones radiating emotion in a backdrop of contemplative drums and mourning violins. What you’ll find is real music. 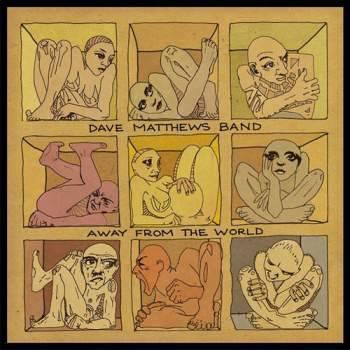 Symbols erupt as we’re swept into the first track “Broken Things,” a bittersweet depiction of a struggling love-lust that shudders with an undercurrent of intensity and power. The guitars cackle with a touch of old school rock-n-roll, and the subtle, fluid changes in tempo give the track a strong poetic pull.

“Belly Belly” kicks up the groove and horns, strutting across the breadth of the 4-minute auditory catwalk like a sassy, sultry seductress. Matthews spits each lyric with a kind of confident snarl, deftly spinning innuendo with gibberish.

“Mercy” slows down the pace of the album and brings in a touch of soft romanticism, creating an atmospheric slow-jam reminiscent of DMB’s earlier works. Dave Matthews takes us in hand and guides us through the twists and turns of life, imploring that we rise through the hardship and persevere. The last minute of “Mercy” opens up into a gorgeous, uplifting instrumental soundscape, comforting and bright as a gorgeous spring day.

“Gaucho” features a troupe of dancing guitars, skittering amongst Dave Matthews’ poignant vocals and cutting violins. There’s a definite Latin vibe to the track, and Matthews speaks with the wisdom of an old soul, “we gotta do much more than believe, if we want to see the world change.” “Gaucho” lands at a perfect point in the album, a skyscraper of a track, bolstering Matthews’ epic lyricism with the dark, muscular sound.

Following “Gaucho” is the track “Sweet,” a befitting name for such a stunning cut of music. A soft ukulele pillows lightly underneath Dave Matthews’ stirring falsetto, creating billowing clouds of sanguine melodic euphoria. “Sweet” slows down further in the latter part of the song, bringing in a full band to close out the track. “Sweet” is a personal favorite, flaunting a divergent direction from the band’s signature sound, but resulting in something that is frankly incredible.

“The Riff” builds and breaks with the same kind of eerie appeal of “Gaucho,” bristling in the verses with sharp minimalism. Like in previous album tracks, “The Riff” starts off quietly and slowly rises into the full band towards its end. Matthews sings sorrow to his once-lover, yearning for the perfect harmony of their past relationship. The climax occurs when Matthews croons, “Remember how we used to dance, baby? Just like it was everything.”

“Belly Full” is a brief, acoustic affair, spanning barely over a minute and a half. Utilized as a sort of intermission, Matthews spins a charming love poem to the woman he adores. There’s a sort of down-to-earth simplicity to the song, with Matthews admitting that he can’t give her the world, but he can give her his love.

“If Only” is another broken, lovelorn track, as Matthews admires his ex-lover from the distance, wishing they could be together again. “Help me get my way back to you,” he begs. This time the instrumentation takes a back seat to Matthews’ vocals, as the guitars and violins gently sway like a hammock in the wind.

“Rooftop” is a kind of pseudo-party anthem, as the band paints a portrayal of a bustling night drinking and dancing, with Matthews lusting for a woman’s touch. “Take another drink so I can lose control,” Matthews proclaims before he growls, “I want you to tell me that you want me.” The composition of the song switches back and forth from lighthearted and fun to humid and sexual, perfectly paralleling an inebriated night out on the town.

“Snow Outside” falls lightly on the ears like a gentle snowdrift. Matthews holds his lover close, layering pretty similes and metaphors with the cool, calm instrumentation. There’s a bit of a folkish feel to “Snow Outside,” entrancing enough to keep the listener vibing through the almost six and a half minutes of heavenly musical talent.

The final track, “Drunken Solider,” mixes that same folk sound with brief spurts of full-out jazz-induced flavor, spanning almost 10 minutes long. There’s a distinct air of finality to the song, with Matthews’ prophetic advice ringing above the sublime cacophony of the rest of the band. “Don’t waste time trying to be something you’re not,” is the main refrain, signaling the open and honest end to an open and honest album.

Away From The World isn’t just an album for DMB fans to enjoy, it’s an album for everyone to enjoy. With dashes of jazz, soul, folk, alt-rock, and even a spritz of bluegrass here and there, it has enough appeal for a wide range of music lovers. Pick up the album when it drops, and bask in the sweet sorrow and jubilant energy that Dave Matthews Band delivers.

I give this album a solid “A” grade!