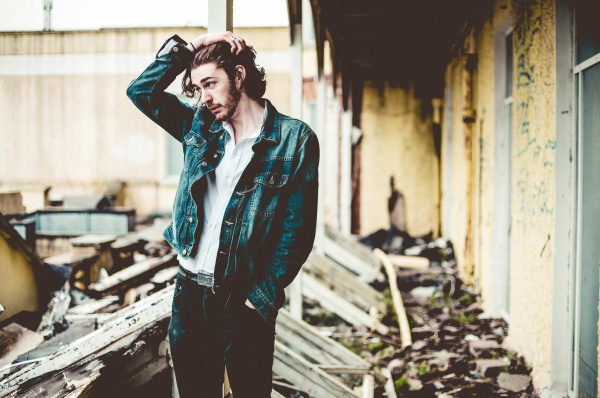 Hozier, born Andrew Hozier-Byrne, is one of the next big imports from the UK, well technically Ireland, but with the recent success of Sam Smith, Charli XCX, and Jessie Ware, it seems to be the second coming of the British invasion. Yes, I am very aware that Ireland is not apart of Britain and the United Kingdom, but the fact remains Hozier is a non-American artist cutting his way into the mainstream music scene. To show how popular and about-to-break huge he is, Hozier will be appearing on Saturday Night Live, with host (and former cast member) Bill Hader on October 11. In his self-titled debut album Hozier, the Irish folk-rocker shows why he needs to be on your radar. Hell, he was even voted as Fuse’s favorite Artist of the Week.

Hozier, is a type of musician that likes to keep everything simple, and not over produce an album. Listening through his album a few times, you can tell he is all about telling a story and making his words the focus of his music. It has such an old school feel, that despite the fact that he is a brand new artist, the whole album has a comforting, familiar feel to it. His words paint a picture, in a way very, very few artists’ nowadays are able to do. In his song “Jackie & Wilson,” Hozier tells a story about a couple who falls in love and sort of have a Bonnie and Clyde relationship going on, but then the guy realizes that the girl is crazy and he can’t be with her any longer; “Looking up from the cigarette, she’s already left. I start thinking of the art for what’s left of me and our little vignette for whatever pour soul is coming next.” With lyrics like this, and trust me the entire album is just as vivid and descriptive, you know that he will make his mark in the folk world.

While I can very easily say that you need to listen to the album in full to completely appreciate his sound, there are always standouts: from the dark and brooding “Take Me to Church” (a song that I now have heard on a commercial or preview for something, I just can’t place what), to another stand out track “To Be Alone,” one of those songs that tells a great picture about the mundane life of an ordinary guy. Finally, one of my favorite songs on the album is his duet “In a Week,” a musical back and forth between Hozier and Alana Henderson, in which their contrasting vocals make everything sound so simple and sweet telling a story of two lovers

If you like rock, or folk, or just good music, you need to check out the up-and-coming Hozier, and this album should definitely be on your radar. With a debut album this strong, I am beyond excited to see what more he has to offer in the future. As an added bonus, the album artwork is absolutely gorgeous.