Album Review: Jeff Buckley, You and I

Eric Dowling
Mainstream Music, Music
Comments Off on Album Review: Jeff Buckley, You and I

Where you may not exactly know who Jeff Buckley is by name, you have almost definitely heard his music, or at least one of his songs. His cover of “Hallelujah” is one of the most famous versions of the song. With his “new” album, Buckley is bringing his raw sound back into our minds in nearly nine years. With You and I Buckley is showcasing unreleased music and the sound is something that resembles a good time with good friends. 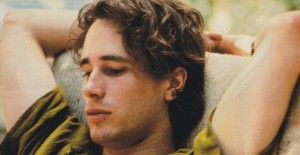 The album is simple, it has a very stripped back feel. Buckely keeps the sounds simple, the music even more simplicity. This is the strength of the album, it focuses on Buckley’s writing skills and the simple sound of the songs. Like I mentioned earlier, this is an album that can feel like time spent on Sunday mornings with your friends, just hanging around telling stories. It is something that is not too often felt from people that are not in the public light too often. His voice is raw and heart felt, and the guitar sounding like it crawled out of a smoke filled bar the night before. It is soothing and a good way to start your day or end your night. 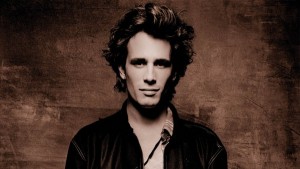 The issue with this album is that it can sort of start to feel like the same thing over and over again. But if you want an album to relax you and help you have that coffee house feel for about an hour, than this is the album for you.

Jeff Buckley returns to the public spotlight with a raw and stripped down album that makes everyone feel like they are watching a live performance with great friends. It is warm and comforting. These are songs that I am surprised took so long to be released to the public, but the timing does not feel wrong, its perfect to play as you lay outside on these beautiful spring days.