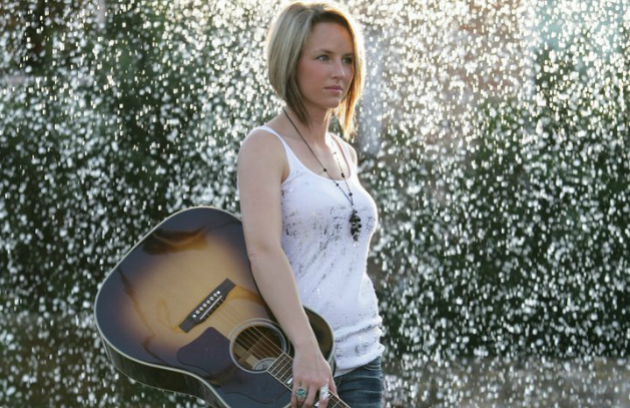 It seems that these days, the genre “country” should be renamed “country pop.” Most country radio stations fill the airwaves with less actual country and more modern, country-tinged powerpop. Luckily, there are a few artists that hold onto the true meaning of country, intermixing blues and soul with folk and bluegrass, bringing back the bare bones sound of the genre. One of these musicians is Texas-borne starlet Kristen Kelly. Though she’s a newcomer to mainstream country music, Kelly flaunts a steadfast knowledge of the genre’s timeless roots. Need proof? Then listen to her debut, the Kristen Kelly EP. That’s all the proof you’re gonna need.

The self-titled EP is certainly as well produced as some of modern country’s most ubiquitous anthems, but it’s the true grit and grime behind the gloss that makes the release so extraordinary. Kristen Kelly imbues every song with her own personal life experiences, and as such she delivers each track with unbridled emotion. She’s lived the lyrics, she sang the blues, and now she’s sharing it all with her audience. And we should all be thankful, because these are true gems. Whether or not you’re a fan of the genre, you should still give the Kristen Kelly EP a listen. It’s well worth your time.

The EP kicks off with the single “Ex-Old Man,” a whopper of a tale if there ever was one. Bluesy, sassy, and fun, “Ex-Old Man,” vibes on that dusty, old school country-groove. “Ex-Old Man” introduces Kelly’s audience to her extraordinary story-telling songwriting, as she shares quite an unfortunate predicament: her boyfriend cheating on her with her best friend. Though the subject is heavy-handed, Kelly approaches it with a bit of a light-hearted tone. Bouncy and bright, the organs and acoustics chug along as Kelly rolls her eyes, drink in hand, boozing away her sorrows.

“He Loves To Make Me Cry” is soul to the core, as Kelly opens up the song with her fantastic voice cutting through the silence. The instrumentation is unassuming and slow, letting Kelly’s vocals ring through. And ring through, they certainly do. Though the title might seem a bit morose, Kelly gives it a fantastic twist. She paints a picture of a man who instills such adoration and love in her that it makes her sob for joy. She takes her time, letting the gradual, calculated flow of the track carry her heartfelt singing to the song’s very end.

“Drink Myself Out Of Love With You” kicks up the tempo, as Kelly creates a similar atmosphere to “Ex-Old Man,” though with a slightly more upbeat tone. While “Ex-Old Man” finds Kelly stuck in the dumps, “Drink Myself Out Of Love With You” is Kelly leaving her ex-lover in the dust and looking forward. Though what she’s looking forward to is nothing more than a fun night and a strong drink, it’s a refreshing take on a common theme.

“Miss Me” closes out the brief but blissful 4-track EP with gritty, gospel-twinged country-rock. Though the previous three songs deal with more fragile experiences for the country songstress, “Miss Me” is a confident, sexy love song. You can almost see Kelly smiling as she’s singing, thankful for a man that shows his love over and over again. She tells him to “miss me every time I’m gone,” but it’s not so much a plea as it is a flirty reminder. She knows her man is head over heels for her, so she does her best to keep him falling in love over and over again.  It’s certainly self-assured, but it’s also real. And it’s more proof that Kristen Kelly is very likely going to be here to stay.

You can stream the EP on Spotify, but make sure to pick it up on iTunes or at a local retailer. Add a little old-school country twang to your life with Kristen Kelly, and celebrate a woman who is sure to be country music’s next big star.