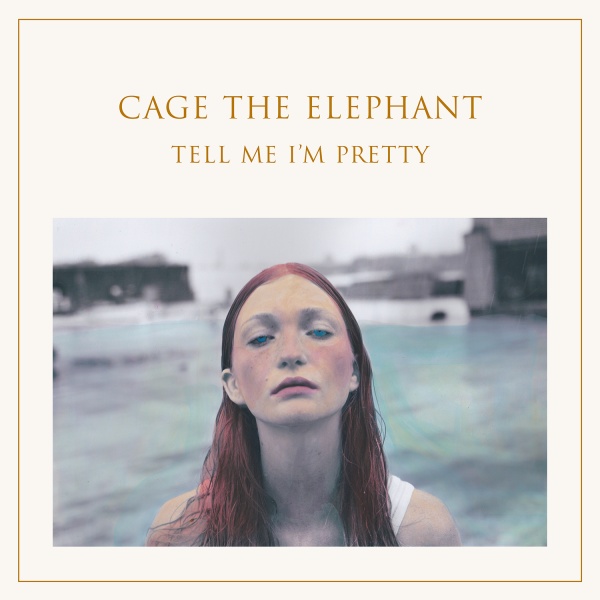 Cage the Elephant, its been a minute. It have been three years since the release of Melophobia and the band seemed to have taken the time to figure out exactly the direction that they wanted to go with their new album. With Tell Me I’m Pretty Cage the Elephant took a more somber and serious approach than their previous albums. Before Tell Me I’m Pretty I would have put them into the category of Alternative Metal Rock. But with this album they take a more stripped down approach and go mostly acoustic on the album. Those looking for the Cage the Elephant that has the same feel as “Ain’t No Rest for the Wicked” or most of the songs from Cage the Elephant can expect to find a very different band from the one that skyrocketed onto the scene eight years ago.

Right off the start of the album, there is a distinct tone that Cage the Elephant sets with the album. The tone is that of regret and longing. This is an album that comes from a place deep in the band’s heart. There are themes of heartbreak and potential love. At the end there is a more hopeful tone and a bit more of a sense of a brighter future for the “character” of the album. But for the majority of the album there is a sense of sadness and tragedy. The songs that really seem to stand out is that of “Too Late to Say Goodbye” and “How Are You True” both of these have the general sense of a classic Cage the Elephant song, but with a more unplugged sense to it. Both are very slow for the band, in general, and both seem to have a more somber feel to it than their previous songs.

Where my biggest gripe of this album comes is that of its length, as I found myself just getting into the album, and really starting to vibe to the new tone of the album, it was over. I found myself very audibly saying “Is that it?” when “Portuguese Knife Fight” ended. It seemed to just be hitting its stride when it ended. Most albums seem to either go on too long, and their sound becomes monotonous or too short, and leaves the audience wanting more. I guess the latter is the better option, but there needs to be more substance to an album for people to really have it stick in their mind. My only exception to this is that of I Don’t Like S**t. I Don’t Go Outside where the incredibly brevity of the album makes you want to go back and see what you have missed. But with Tell Me I’m Pretty would have been the perfect length if it was two songs longer.

If you are a fan of Cage the Elephant, or like a more Alt. Rock sound, than this is a good album to start your year off right. It has a little bit of everything for most Alternative music lovers, and the slower tone of the band is a nice break in sound while still maintaining the sound that helped them get the notoriety that they deserve.