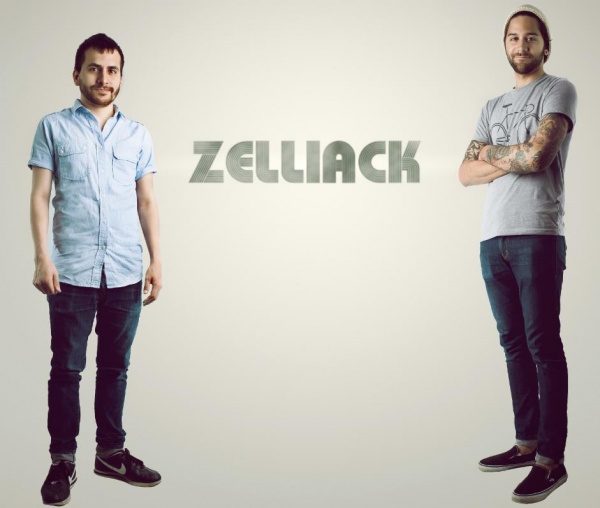 Obviously, Valentine’s Day is today. Yet while we here at State In The Real have made a playlist of love songs for you all to enjoy, I felt differently about this EP. The Zelliack EP by Zelliack was something that had to be separate from the playlist, because I simply couldn’t choose one song, or divide it up.

Zelliack is probably some of the smoothest music you’re going to hear for some time now. And that’s the best word to describe their music: smooth. Made up of two members from (the now defunct?)Sky Eats Airplane, this band isn’t what you’d expect it to be.

This EP, which just recently turned a year old, can be enjoyed by everyone. The first song here, Autumn in Analog, isn’t exactly a love song, but the rest of the album is. But don’t skip it either. The album is to be enjoyed in full. So if you’re looking for a Valentine’s Day treat, this is it. Or, if you’re just looking for some new music, this is it as well.

Zack Ordway plays the guitar, and writes and arranges a lot of the music here. Zack is one of the most talented guitarists in the metal scene right now, and one of the reasons for this is simply because he doesn’t just play metal music: he knows and understands jazz, blues, and soul music very well. In the past, he’s transferred this knowledge to the number of metal projects he’s been involved in (most famously Sky Eats Airplane), but this time, he’s simply bringing it straight to us. His riffs are smart, and they drag you in. There’s even some surprises here (like spontaneous Latin dance sections).

Elliot Coleman is probably the best vocalist that you’ve never heard of. His voice is sweet and soothing, while powerful and theatric at the same time. Elliot’s voice has a BIG sound. In addition to providing us with sweet melodies and intellectual lyrics, he also helps with the music writing and arranging process.

I haven’t given much of a description to the album, simply because words won’t do it justice. The two of these men together have brought us a masterpiece that leaves us only longing for more. There’s no doubt that once you listen to the full EP, you’ll have it on repeat. And since today is that special day, it’s only appropriate for you to listen to it with someone else, while having a nice dinner and drinking wine. So if you’re curious as to what smooth sounds like, give Zelliack a listen. You won’t regret it.