ALL RISE: Pleading the Case for Pop Newcomer Ashe

Joey Kadish
Mainstream Music
Comments Off on ALL RISE: Pleading the Case for Pop Newcomer Ashe 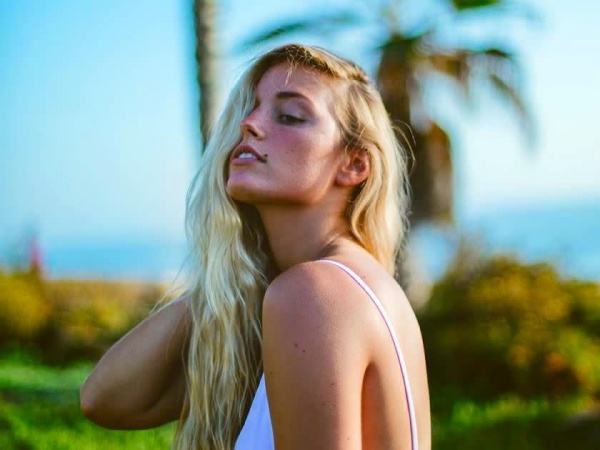 Ever since the music gods have blessed humanity with the gift of streaming, it seems like everyone and their mom is making music. Which, of course, is great — more fresh faces means more fodder for your Fall ’17 playlist, and more chances to evoke countless eye rolls by insisting that you “listened to them before they were cool”.

But in the ever-changing, constantly-inundated pop landscape, it’s far too easy for artists with true popstar potential to get lost or never be given a fair shot.

Enter Ashlyn Willson, otherwise known by far too few as Ashe. After quietly landing on the pop scene in 2016, the blonde bombshell has been featured on enough tracks to fill a debut album, and has voice sweeter than whatever crap cherry pie Katy Perry has been hawking. And yet, after nearly two years and despite her immense talent, the California cutie has just one song as a solo artist. ONE. DAMN. SONG. Unacceptable. Why is she chasing the spotlight when it should be illuminating her every step on the path to fame?

Which is exactly why we’re here today. Your Honor, I’d like to submit the following evidence as undeniable proof that the plaintiff is pop’s next big thing and should henceforth be regarded as such.

At the risk of sounding shallow: have you seen this chick? Homegirl is a stone cold fox and let’s be real, aside from talent, being a certified dime is a key ingredient to pop stardom. For some, it’s really the whole recipe. If looks could kill, Ashe would be the defendant in this trial and sentenced to life for slaying each and every one of you lesser humans. This Cali gurl has definitely melted her fair share of popsicles in her day. (Sorry for the second Perry reference.) No one has pulled off blonde hair and a beauty mark so well since Marilyn kicked the bucket.

*Side note – let’s all take a moment to appreciate her slam piece of a husband as well. Hot damn.

Remember that song I mentioned like five seconds ago? The one she was graciously allowed to release on her own, rather than as a featured artist? It’s an undeniable jam and deserves better.

“Used To It” is as infectious as it is understated and is the type of tune most singers only dream of creating. The beat bounces right into an effortlessly fun post-chorus breakdown that punches you right in the g-spot and leaves a craving for more. Summer weather may have finally come to an end, but this bright and breezy pop masterpiece will have you slathering on the SPF and dreaming about Venice Beach. Why is this song not in heavy rotation on the radio? Beats the hell out of me.

Despite what seems like a complete lack of funding being funneled into her solo career, Ashe has more than proved her worth by creating an impressive repertoire of music as a featured artist. Would she rather be belting out songs without “feat” slapped in front of her name like a scarlet letter? Sure. But for now, she has become a go-to for names like Louis the Child, Whethan and Louis Futon. They clearly see something there. If only her label had the same faith in her.

Verdict: Ashe should not only be acknowledged for her talent as a vocalist, but also regarded as a newcomer whose career has the potential to reach the longevity of A-listers currently dominating the game. Why obscene amounts of cash have not been invested in studio time and PR is beyond me, but it’s about time someone in charge came to their senses. Until then, here’s to you, babe.