An interview with Bright and Early 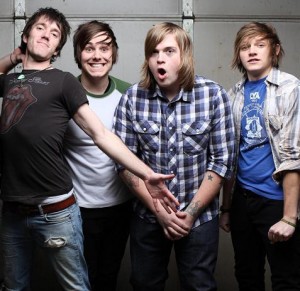 We decided to interview another independent band from the Pennsylvania area called Bright and Early. The band has been out since December of 2009 and has been turning heads in the underground rock scene ever since. They have played across the States and even played at Casa Blanca.  Brian Walker of Stateinthereal interviews JB of Bright and Early. Check it out.

Brian: So what inspired the name, Bright and Early?

Bright and Early: We don’t really feel that band names matter that much. The band makes the name with good songs and promotion. Whatever it is, it’s just gotta be something memorable or catchy to the eye. We were driving home from one of our first practices, and we passed a daycare center called, Bright and Early School. It looked good on the sign, so we went with it. Nothing too deep with that one. Haha. We might have to make up a better story if people keep asking us this question.

Brian: What are your biggest influences?

Bright and Early: Elvis Costello, Butch Walker, Muse, The NJ music scene, Queens of the Stone Age/Dave Grohl, Bright Eyes, and Queen. I’m pretty common in my musical influences. I just really like well though-out pop/rock music. I’m personally influenced more by life than any band out there. I’m usually more inspired to write when things happen to me, or people close to me.

Brian: What would you say is your biggest accomplishments thus far with B and E?

Bright and Early: Being in a band with dudes that I love and can count on to have my back. That’s a really hard thing to find. I love playing with dudes who have drive and ambition, but are also really talented. That’s an accomplishment in itself. We played our hometown Warped Tour last year, if that counts. We’ve been in some magazines, interviewed/reviewed on various websites, but I think I’m the most stoked on how people reacted to our first song.

Pop-punk (for a little while), became way too fake and trendy. Every band in pop-punk became a process. The sound, the look, the drum beats, the break downs… Group vocals. Camo Shorts. Etc. Etc. Even with this massive “2010 pop punk comeback,” it’s still all trendy fake bullshit. We just wanted to carve out a place for ourselves in that scene without sounding like everyone else, and I think we accomplished that.

We aren’t a hardcore punk/happy hardcore/punk rock/ or even really a pop-punk band. We’re just a rock band, and I had some shit on my mind that I felt was worthy to write about. Everything else that has come our way has been a blessing or luck.

Brian:  Thank you that is awesome that you guys are so genuine. Currently you guys are to go on a tour with I Call Fives? What venue do you guys look forward to playing?

Bright and Early: I’m most excited for either our hometown show in South Jersey, or maybe Boston. I love stoked kids singing my words to me, and I love great beer. It’s a tough choice.

Bright and Early: We’re putting out a 4 song EP in May. Can’t say too much about it yet. It’ll be on a label but I can’t say who yet either. We really just want to be able to record a real full length this year. Hopefully some good labels hear it, and want to get behind us. We are broke bunch of fools. Haha.

Brian: What is your advice to any amateur/underground musician out there?

Bright and Early: My only advice to other musicians is pretty simple and plain. Just be yourself. Don’t wear that “gameface,” because it only makes you fake. Eventually you’ll rethink your life, and you’ll have trouble finding people who really know you.