Last week, State in the Real Journalist Brian Walker went to speak with Transit, Handguns, and Forever Came Calling. The indie punk bands came to La Casa Blanca to play while on tour. Here are the details of what Walker spoke about with each of the bands. 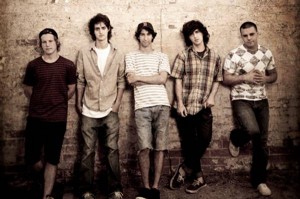 Brian: What is the meaning of the name Transit and how did it start?

Transit: Transit started off as two bands, half of the band was known as a project called This Time Around and the other band was known as Transit. As the bands collaborated they picked the name Transit. In regards to the other question we hope to always be in motion with our music and constantly reinvent ourselves.

Transit: Yes, we will be touring later this Spring with Senses Fail, Man Overboard, and The Ghost Inside. We are really excited for this tour and we are happy to know that Senses Fail got us on this tour and is appreciative of what we are doing.

Brian: What would you say is the craziest thing you’ve seen on the road?

Transit: There have been many things that we’ve seen; including seeing cars on fire in the Autobahn, playing in a wrestling ring, roller rink and even a barn. We have even seen truckers playing flip cup.

Brian: What would you say is the future of transit?

Transit: Writing different sounding songs, having support tours, and hoping for the best of our music.

Brian: If you had any real advice for any amateur musician what would it be?

Transit: Don’t try to sound like anyone else, figure yourself out and remember every day is unpredictable. There will be long drives on the road and you must fight for what you want. 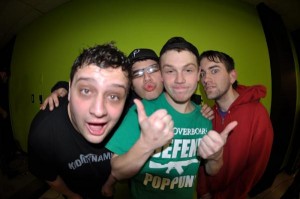 Brian: How do you feel about House Shows and tonight’s House Show?

Brian: What is the meaning of Handguns?

Handguns: It was really random, but Jake thought it would be cool to think of a name where we could stack letters.

Brian: What is the craziest thing you’ve seen on tour?

Handguns: Once we were at Bourbon Street by a strip club after a show and a guy with a bicycle comes up to me screaming in my face if I want drugs, it was really weird. Also we once went to McDonald’s and saw a guy run out screaming the words spies and freaks as if he were tripping on something.

Brian: What lies in the future for Handguns?

Handguns: We’ve got an upcoming tour with Man Overboard, Wonder Years, Hawthorne Heights and Veara. Also we have a new EP coming up on the 22nd and are currently working on a full length. I definitely hope all of you check that out.

Brian: What is your advice to any amateur musician out there trying to get their name out there?

Handguns: Do the damn thing, sell your shit , and don’t give a fuck. 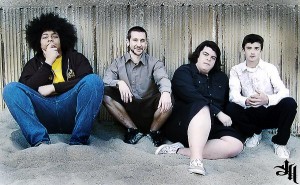 Brian: What is the meaning of Forever Came Calling?

Forever Came Calling: A poem I wrote when I was 17 , if we were to have another name for the band I guess it would be something really random or weird sounding like Ghetto Blasting.

Brian : (Laughs) What are some of the accomplishments of Forever Came Calling ?

Forever Came Calling : Well we have effectively been able to complete two independent tours going on from January to April . We try to be as DIY as possible.

Brian: What are some of your DIY ethics and what struggles have you come across with that?

Forever Came Calling : Sometimes you find that your morals will be bent when you need to survive. You can see this on the road and as a musician, sometimes that can affect you or you will see many people sacrifice their beliefs for music .

Brian : What do you see for the future of Forever Came Calling?

Forever Came Calling: Playing Music, Touring, and striving to play for what we care about .

Brian: What is your advice to any musician?

…and that is stating the real by StateInTheReal! Our next review will be by a band named Bright and Early and an album review by I Am Alaska.