Austin Millz and DJ Super Nova have just released a new remix of Dom Kennedy’s “My Type of Party”. The official release of this remix is on Tuesday, September 4th, 2012 via soundcloud which can be found here:

Penn State natives, Austin Millz and DJ Super Nova have been individually making their marks within the music industry. These two New Yorkers decided to work collaboratively with the popularly growing genre Trap which is quickly entering the Electronic Dance Music scene. Thus, they decided to create a remix on Dom Kennedy’s “My Type of Party” to “My Trap of Party”. 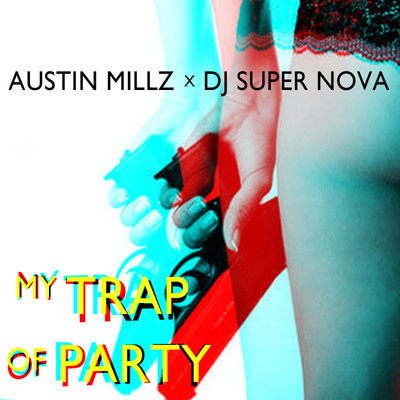 Austin Millz musical accolades include producing Jim Jones’ “Vamp Life,” debuting a beat tape, and having his music featured on various sites such as The Source Mag, XXL Mag, Hip Hop Wired, MTV2, and many more. DJ Super Nova’s accolades include performing overseas in countries such Dominican Republic, Belize, Jamaica, and South Africa. In addition, Super Nova has been a Sound Designer for the St. Louis Black Repertory Theatre as well as provided sets for artist such as Lupe Fiasco for crowds of over 10,000 people.

Recently, Clothing brand, We Are The Creeps (@WeAreTheCreeps) collaborated with DJ Super Nova (@djsupernova) on a late summer mixtape with something for everyone. Many different genres intertwined together for a feel good mix. Check it out below: