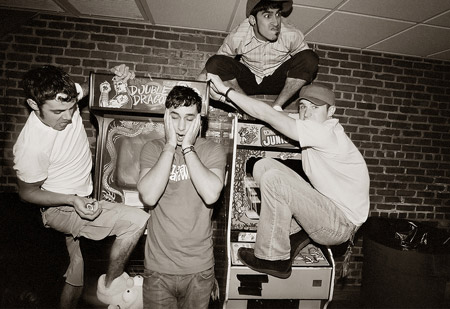 I can first recall being proud of my music taste during the “old days” in junior high. It was Brand New that opened my eyes and allowed me to discover music I never thought possible. This band showed me there was more music out there than what was on MTV and the radio, and I wouldn’t love the music I listen to today if it weren’t for them.

I also love the direction in which their albums mature, and how that allows fans to grow older with their music. They continue to amaze me with the new sounds in each new album. If you compare Your Favorite Weapon to Daisy, you wouldn’t think they were made by the same band.

Lastly, if you haven’t heard the back-story of how Brand New came to be, then you need to brush up on your indie rock history. The band started after Jesse Lacey left Taking Back Sunday – Jesse and John Nolan had girl problems – and is an influence behind both of the bands’ lyrics in their earlier years: “You’re just the brick in the small of my back so let’s end this call and end this conversation.”

Brand New shows that mad bastards make kick ass music, and sometimes when you’re dealt the shitty cards, you can make a sick song about it. 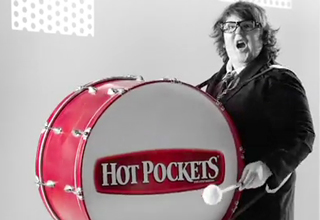 Smoking the sweet jane can sure lead to the munchies, and silly music videos from some of our favorite artists and comedians.  Below is a music video featuring Snoop Dogg… sh*%… I mean, Snoop Lion and Andy Milonakis promoting Hot Pockets. Enjoy! 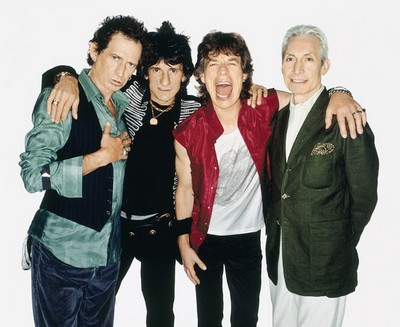 Mick Jagger and his boys are still groovin,’ and just produced a new single called “Doom and Gloom.”  I love classic rock for the type of vibe and attitude it brings to our culture here in America and in the UK, but sometimes when the old-heads bring out new music it can be a bit disappointing (ehem.. Guns ‘n’ Roses..). I have to say this single does NOT make me feel that way at all.  It brings back the tunes from the 60’s and is definitely a song you hipsters want to grab a PBR and dance to. So check it out, and go tell Ke$ha that Mick Jagger is not a good looking dude–what is she on?!

You can find these deleted scenes on the new release of The Beatles’ “The Magical Mystery Tour,” out on DVD and Blu-ray. This release is set to go on shelves Oct. 9th (what would be John Lennon’s 72nd birthday). Along with those deleted scenes, a remix of the soundtrack and interviews with Paul McCartney and Ringo Starr are included.

For all you hardcore Beatles fans: there will be a Deluxe Edition containing a 60-page book of background information, photographs and documentation from the production, as well as a reproduction of the mono double 7″ vinyl EP of the film’s six new Beatles songs, originally issued in the UK to compliment the film’s 1967 release.

And remember folks, “All you need is love”.

Underoath Says 'It's Time To Move On' 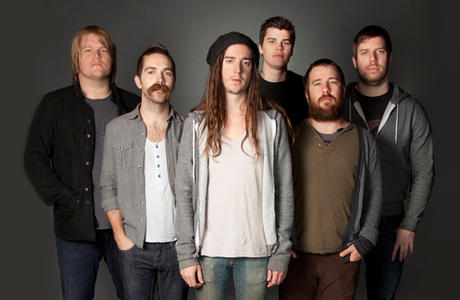 The Christian Hardcore band you tuned in to back in high school has formally announced their split after a long, 15-year run. Along with this announcement, they revealed that they would be kicking off a farewell tour for their fans.

Vocalist Spencer Chamberlain states, “It’s sad to say that we feel like it’s time to close this chapter, but we have never seen things more clearly. These have been the best years of my entire life, and I owe that to every single person who ever supported this band along the way. This wasn’t a quick decision by any means. It’s just time for us to move on.”

They will be releasing newly recorded material on a new album, which demonstrates their evolution over the band’s entire career.

“This couldn’t be a more bittersweet moment for us. We have accomplished more, met more friends, seen more places and have just done more than we could have ever imagined, and we really wanted to just go out on the highest note possible,” says keyboardist Chris Dudley, “That’s why we have put together a group of great friends and musicians for what will be our final tour ever. We are taking every moment of this tour as an opportunity to say goodbye to you all, as well as celebrate what has taken place over all these years. The love we have and the debt of gratitude that we owe to all of you is not able to be measured in any way.”