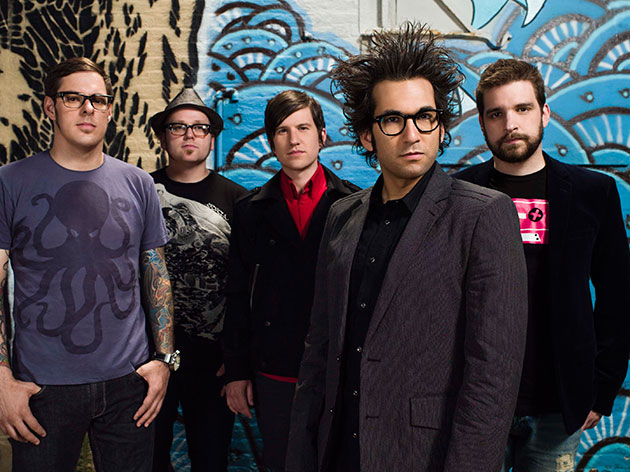 Pop punk outfit Motion City Soundtrack have released their video for their single “True Romance” off their fifth album Go which is released today, June 12.  The video has a cool story behind it and is rather enjoyable to watch as the ending will put a twist on your mind! 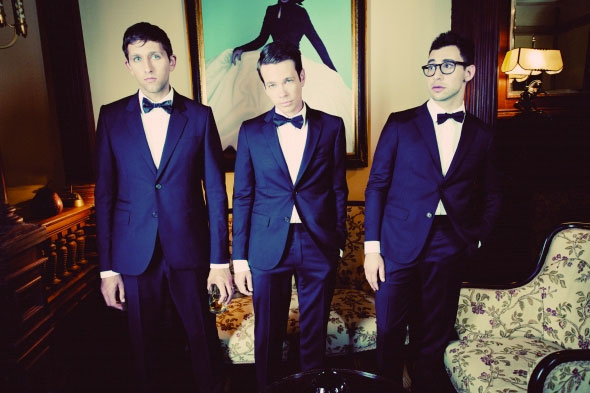 Festival Review of The Bamboozle (Day 3) 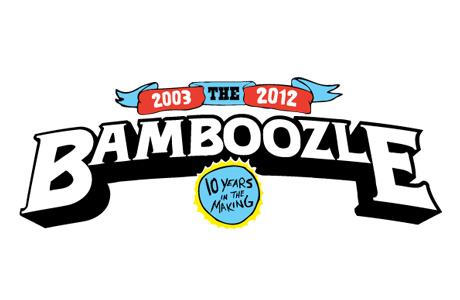 The Bamboozle. The biggest concert festival on the east coast and that has a reputation that has been growing for the past years coming up to the tenth anniversary of the festival this past weekend. The festival has grown from having emo/pop punk bands taking over Asbury Park back in the day to having nationally and some internationally known musical artists gracing numerous stages in the Meadowlands in East Rutherford, NJ. But this year the festival decided to go back to Asbury Park to relive in how the festival was started with a lineup that proved that “the festival had reached its peak” said Anthony Raneri, frontman of Bayside, said to the crowd during their set at the festival. Indeed, the festival had reached its peak for this year headliners included Skrillex, Incubus, Mac Miller, Foo Fighters, My Chemical Romance (replacing Blink 182), The Gaslight Anthem, Brand New, and New Jersey’s elite band Bon Jovi. Personally, I have been to Bamboozle three times and this year’s lineup definitely blew my mind and to think all of these great performances were going to happen on a beach. I could not pass this chance up and decided to only attend Sunday that had headliners The Gaslight Anthem, Brand New, and Bon Jovi.

Arriving promptly in the morning and breathing in the fresh beach breeze, two friends and I walked into the festival’s main gates to start the day that would be promising in its own self. Walking down the street, a bunch of different clothing outlets were on hand with different types of merchandise and other companies holding contests throughout the day. That is when I eventually went onto the beach and saw the main stage in front of me and thought the stage on a beach was too good to be true. After this, I went back to where Convention Hall, a famous venue that many acts have graced in Asbury Park, to the Zumiez Stage to check out the first band of the day, The Story So Far. These five pop punk guys have been growing profusely in the past year after releasing their full length debut, Under Soil & Dirt, to much acclaim in the pop punk community. When they took the stage, it is like they have been doing the tour life for years. They played a fair amount of songs from their full length to a rowdy crowd that had a mosh pit open for most of their set. After them was New Jersey hardcore band Folly who recently announced their reunion for the Bamboozle. I have not listened to this band since high school so it was nice to hear their hardcore sound that has a unique ska twist in between their screams. They were a band that was out of the loop with other bands that were playing that day but had the energy to get crowd surfing and mosh pits going throughout their set as well as some fans being one with the singer when he went down towards the crowd. Next band on this stage was Long Island band Bayside who I thought had one of the bigger crowds for the day since they have played the festival before and their fans are a cult in that they follow the band wherever they play. They went through set with an abundance of energy and singing choruses with the crowd that the set went rather quick and wanted to hear more from a personal favorite band of mine.

After this, I made my way to the main stage and at this time an overcast came in and there was no more sun for the rest of the day and a ferocious but steady wind came from the ocean in resulting of sweatshirts and body heat being used to warm. That is when modern-Bruce Springstein punk rockers The Gaslight Anthem graced the stage. Their set consisted of their New Jersey-esque punk rock with singer/guitarist Brian Fallon’s folk lyrics that touched based on all their records including a new song called ‘45’ being played as well. Fallon took a jab at Bon Jovi stating that he saw a billboard saying that Bon Jovi will play all the hits and that it would take a week to go through all the hits. Remember, Fallon is a punk revivalist in himself so it was inevitable that he was going to have fun with the legendary New Jersey band. They finished their set with a rather surprise in playing The Who’s famous song “Baba O’Riley” to the crowd’s pleasure especially all the Bon Jovi fans and cougars. Next after this was the moment I have been waiting for all day in that Long Island and Bamboozle favorite Brand New hit the stage as nightfall was approaching. Now the band played the festival back in 2005 for the first time and then again in 2007 when I saw them at the festival. So this time I was hoping for a set that would be memorable. Indeed I was correct on this because Jesse Lacey & Co. unleashed into this set that I have never seen in the six times I have seen them before in that they were running all over the stage and keeping the crowd in the front fully participating in singing duties. Their songs consisted of mostly all their harder but sweet songs that all Brand new fans would know. The atmosphere was perfect for their set because of the songs they played and how Lacey had his hood up in a way of being one with the weather at the time. Their last song was definitely the highlight of the day for they destroyed their whole set with their guitarist Vin Accardi hitting the bass drum of the drum kit repeatedly with his guitar and Lacey eventually throwing his guitar against his amp and Brian Lane completely destroying his drum set after being done with Lacey slowly saying the words “You Won’t Know” before walking off stage to the crowd’s pleasure except for all those Bon Jovi fans. This leads to Bon Jovi being the main headliner and all the older and cougar people being happy that they are hearing music that they finally know. At this time, it was officially night and all eyes were on the main stage and this time I decided to sit on the beach and try to enjoy the music I have been listening to since I was in my wee years. As a New Jerseyan myself, I could not help but sing to the songs “You Give Love A Bad Name,” “Runaway,” and my personal favorite “Wanted Dead Or Alive.” What I did appreciate though was that Jon Bon Jovi was being very talkative and personal in that he was reminiscing about being in Asbury Park in the ‘80s and always watching Bruce play at the Stone Pony and trying to play the famous Convention Hall in which he was looking at across from the stage he was standing on. I eventually left his set early to beat the mass amounts of people and hearing the hit “Bad Medicine” while doing this.

Overall, the atmosphere for the festival was something I never been through or felt and I can honestly say in the many years to come is that I saw these great acts on a beach with the ocean right there. The Bamboozle definitely reached its peak this year and curious to see what John D & Co. will do next year to top this year. 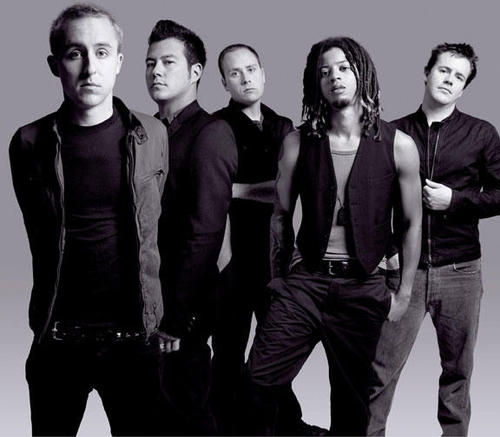 Pop punk rockers Yellowcard rocked the HUB back in March to much acclaim from PSU students. They have also been recording a new album that will be out in the summer that is still untitled.  The band have released a new single called “Always Summer” and it will be available on iTunes today for your listening pleasure. Listen to it below and also catch them on the Vans Warped Tour all summer. Shout out to their violinist Sean for the unbelievable violin solo!