EOTO at The State Theatre!

The String Cheese Incident has taken on a whole new electronic flavor with their two member side project, Eoto. They will be performing at The State Theatre on April 19th at 9pm.

Here is a piece of The State Theatre write up:

“As electronic influences continue to penetrate the live rock, jazz, and jam ethos, one band consistently rises to the top, bringing together fans from across the musical spectrum. EOTO crisscrosses the country blowing out basement dives, packed theaters, and stages under the stars. Check your festival schedules: this 100% improvised dubstep/breakbeat/house/drum & bass/trip-hop duo is the premier late-night party in the country.

Throbbing bass and thudding beats are the signatures of this project from drummers Michael Travis and Jason Hann. Born out of their shared love of electronic dance music, EOTO’s M.O. is to take the free-wheeling party vibe of a DJ set to the next level by using organic instruments, innovative performance technology, and uncharted musical exploration. Live drums, guitars, and keys, and vocals are mixed, remixed, and sampled on the fly using cutting-edge programs. This is all done without a script, and without a net.” 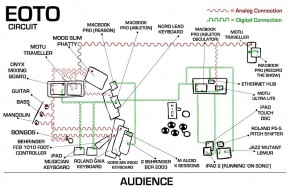 To stress the originality of Eoto, I though it was fit to include the picture above. Represented in this image, Travis and Hann create Eoto’s organic sound through their unique loop based hardware and software set up. Travis loops Keyboards, Bass, Guitar and Vocals through his laptop. Hann loops Vocals and Electronic Percussion through his laptop. Travis has another laptop that runs the Propellerhead software Reason, which contains keyboard and bass sounds that he programs. To back that up, live bass and treble sounds during each show are used to trigger live visual events, included pre-made 3-D art, closed circuit cameras, and other visual effects.

“EOTO” actually means “Good Sound” in Japanese, so you should definitely come out and hear it for yourself.

A half-hour TV mockumentary entitled Charts of Darkness set against the context of massive media interest and a growing global following, It follows Channel 4 news reporter Krishnan Guru-Murthy exploring both the real and surreal worlds of the Gorillaz – the ‘lives’ of the animated band members and their creators as he attempts to track down Damon Albarn and Jamie Hewlett after they were allegedly placed in an insane asylum.

Gorillaz: Charts of Darkness from dearmat23 on Vimeo. 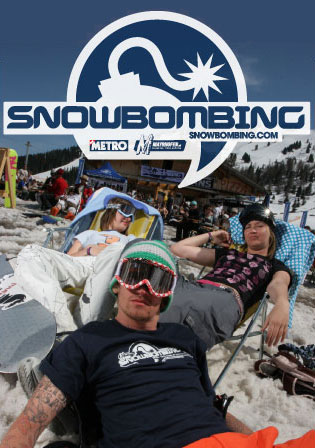 For those of you festival kids this is something that requires your attendance at some point in your adventures. My friend who is studying abroad in Amsterdam showed me this and it is something of epic proportions. If you have robotic ears and like to snowboard or ski this is the festival for you.

Check out their site if this interests you : http://www.snowbombing.com/en/

What Joe Cocker is REALLY saying.

Joe Cocker covering “With a little help from my friends” is one of the greatest Woodstock performances ever and this video just makes me love it even more. Whoever was clever enough to come up with the idea to really listen to what he is saying is brilliant. Every subtitle seems exactly like what he is saying and I cannot stop watching this. Hope you get as much of a kick out of this as I do. 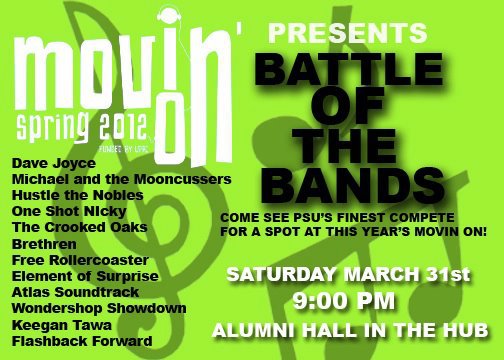 John Hodgman at The State Theatre

Expert John Hodgman will explain and illustrate most every subject you can imagine, including: how to enjoy fine wine, how to commit the perfect crime, how to make money and find happiness as a deranged millionaire, the coming global superpocalypse known as RAGNAROK, and also, if pressed SPORTS. There will also be some ukulele playing.

People who may be pregnant and/or prone to seizures please note: JOHN HODGMAN will be performing without shoes or socks.  THAT IS ALL

^That was the write up sent to me by Hodgman’s agent. I figure most will feel the same as I did when I was told “John Hodgman will be coming”—Who is John Hodgman? However, after seeing his picture I remembered seeing him slightly often on John Stewart’s The Daily Show and also as PC personified in Apple’s “Get a Mac” ad campaign. Now that I know who it is I am fairly excited for his stand up. This latest novel “That Is All” is the final book in the installment of a series of books he wrote, containing a number of subjects that will be punch line of his routine. He will be coming to the State Theatre on March 16th, so it will be a nice chance to keep the spirits of the spring break going for just a little bit longer.

For more information or to purchase tickets visit The State Theatre website.