Billy Joel to Perform at BJC 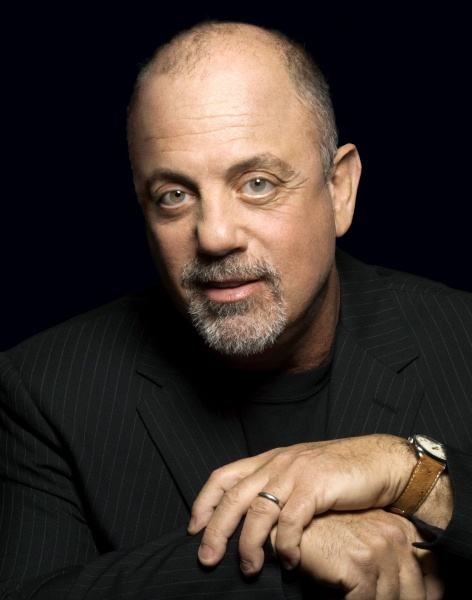 BACK AT THE BRYCE JORDAN CENTER AT PENN STATE

Public on-sale Friday, October 31 at 10am

PENN STATE STUDENTS – UPAC PRESALE THIS THURSDAY, OCTOBER 30 FROM NOON UNTIL 6PM AT THE BJC, EISENHOWER, AND DOWNTOWN THEATRE.  A LIMITED AMOUNT OF TICKETS WILL BE AVAILABLE AT $30 OFF WITH ID.

Live Nation has announced that Billy Joel will perform at the Bryce Jordan Center on Friday, December 5, 2014.  The performance marks Billy Joel’s first solo headlining appearance at the Jordan Center since 1997.

Billy Joel is one of the highest grossing touring artists in the world.  Having sold over 150 million albums globally, his music has remained among the most popular in the world.  The singer/songwriter/composer is the sixth best-selling recording artist of all time and the third best-selling solo artist.

Recently, Joel was honored by Steinway & Sons with a painted portrait that hangs in Steinway Hall in Manhattan, the first non-classical pianist to be immortalized in the collection.  He played to more than 110,000 fans when he performed the final concerts at Shea Stadium, featured in the 2010 documentary film “The Last Play At Shea.”  This week, Joel will receive The Kennedy Center Honor, one of the United States’ top cultural awards.

Billy Joel has received six GRAMMY® Awards, including the prestigious Grammy Legend Award. He has been inducted into the Songwriter’s Hall of Fame and the Rock and Roll Hall of Fame and has received numerous industry awards. His music has also served as the inspiration and score for the hit Tony Award-winning Broadway play “Movin’ Out.”