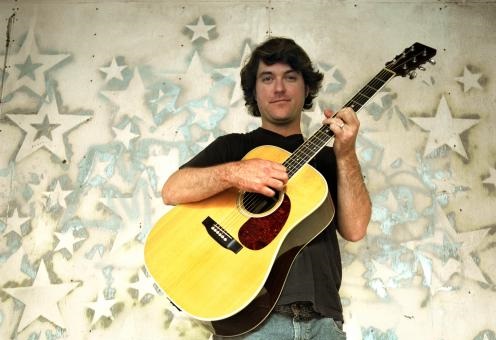 Come see Keller Williams perform a solo show at the State Theatre on Thursday March 27, 2014 at 8pm.   Keller Williams is a hybrid of bluegrass and alternative rock with electronica and funk themes as well.

Keller sold out his last two shows at the State Theatre and now the one-man-jam-band is returning to State College for his first show in five years.  William’s sound is unmatched in modern music today, using pedals and loops to create his songs, which you can hear in his popular song “Freeker By the Speaker.”

Keller Williams has recorded with The String Cheese Incident, Larry Keel and Natural Bridge, and a recent State Theatre hit, Umphreys McGee.  Of late, Williams has released a cover album benefiting the Rex Foundation that consists of Grateful Dead songs on Piano called “Keys” (2013).  He has released an album every year for the last six years, showing his relevance within the modern jam band industry.

A two day concert film released in 2005 named “Sight” recounts his time in Pittsburgh, PA. This 100-minute film accounts for many of his songs and also covers of bands like The Grateful Dead, Ani DiFranco, and Harold Arlen.  Make sure you catch Keller Williams this March while he’s coming off of his widespread Winter Tour where he will play songs from his new album, “FUNK” (coming Nov. 12, 2013).