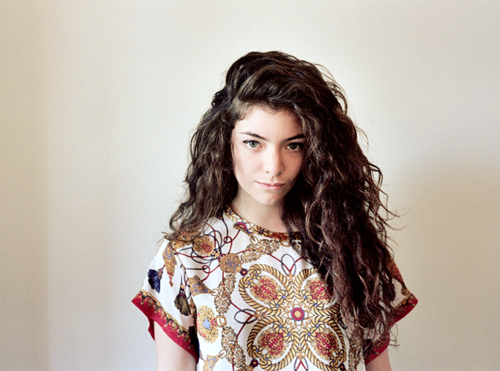 It’s an adventure to effectively put into words what Lorde has created with her debut album Pure Heroine. That’s mostly because she’s engulfed herself in ingenious contradictions ever since The Love Club EP was just a blip in iTunes and “Royals” was still a growing underground movement. She’s a teenage singer whose songwriting skills rival most twice her age, and she somehow captures youthful spirit with a plaintive realness that feels as old as time. Her records seem to shy away from radio-bred production, yet contain all the trappings of earworm pop anthems. She’s alternative, but then again she’s not. She’s hip-hop, but then again she’s not. She’s pop…but then again she’s not. One thing’s for certain though, she’s currently vying for a #1 hit with “Royals,” and she’s creating a music revolution through Pure Heroine. An odd album name indeed, until you actually listen and consider the double entendre that may or may not have been intentional (it probably was). But to the point, forget Britney’s “Work Bitch,” Katy’s “Roar,” Gaga’s “Applause,” and Miley’s “Wrecking Ball.” Because Lorde is your queen bee, and she’s further driven home that fact with her debut.

So how is a little 16 year old girl with a song on the radio changing the face of pop?

The reason is simple. Lorde might just be the first teenage pop star to create an album about what it’s actually like to be a teenager. Pure Heroine is unsettling, beautiful, sad, terrifying, hopeful, and wonderfully mysterious in each breath and note, everything that encompasses taking those first steps into adulthood. Whether it’s watching as puppy love becomes something more or becoming engulfed in bleak loneliness, Lorde lays it bare for her fans, and in the process creates a cohesive work of art that might speak more honestly than any pop record that’s been released this year. This is music that’s not only relatable to those her age, but to those of us who are older as well. It’s focused, but it’s also timeless.

When looking to the album’s brightest offerings, it seems common sense that the three promotional singles would be the best places to start. There’s “Royals,” with its arresting percussion, haunting vocals, and anti-pop mentality. “Tennis Courts” has a smooth, calculated poise and a chorus carved from diamonds. “Team” is bursting with such sweet sanguinity that it makes you want to throw your hands up in the air, despite Lorde’s tart disdain for the dance-pop lyrical cliché. However, it’s important to dive forward into some of the deeper cuts in Pure Heroine in order to find some of those lesser-known tracks that glimmer with their own worth and promise. We’ve helped expedite that process for you below.

In “Buzzcut Season,” Lorde hones in on the suffocating pressures and realities that come with growing up. She keeps her voice light and airy over the echoing piano keys and cushioning bassline, but her lyrics weigh heavy. She openly describes the ignorant bliss that her generation wraps itself in to escape real life, and she makes no attempts to hide her grief in this track. The record comes into full bloom in the bridge, as Lorde coos “And I’ll never go home again,” as the background harmonies lift the young songstress to the telling refrain “I live in a hologram with you.”

“White Teeth Teens” plays like a 50’s girl group tune baked in a thick, sweet layer of indie-pop, syrupy synthesizers cooing side by side with steel-kissed vocoded sighs. Lorde crafts a picturesque scene of children with sparkling smiles driven to party and live to the fullest. And as the disquieting visual gradually unfolds throughout the song, Lorde closes out the song by letting us in on a secret, shifting the mood of the entire track.

“Ribs” is a four-to-the floor dance banger for the kids who might not be able to get into the club, but are fine dancing in the back alleyway anyway. A soft, pulsating beat laps gently against filtered choral harmonies that fill the song’s backdrop, caressing the muted house production. And Lorde lays her husky purr over it all, fashioning a tale of young camaraderie and love, wild and sweet even when she pauses, letting the slightest bit of pain slip through her voice as she admits, “I’ve never felt more alone. It feels so scary, getting old.”

Once Pure Heroine officially drops on September 30th, make sure to purchase it at any digital or local retailers.