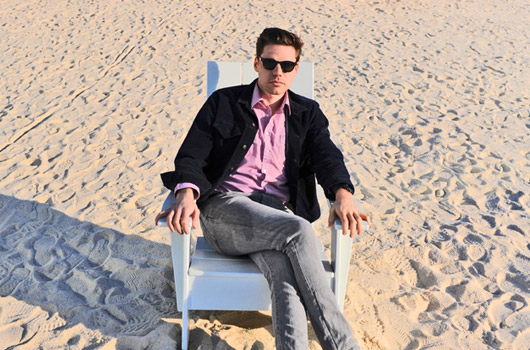 First of all, it’s been a crazy couple of weeks so I apologize for not bestowing a new Canadian artist upon you sooner. Last time we talked about City and Colour, which you can check out here if you haven’t already. Oh, and if you don’t know what the Canadian Artist Spotlight is all about, you can also read up on my inspiration behind the new series on that page.

It’s a beautiful Friday here at Penn State and it inspired me to spotlight this next musician. He is one of my go-to artists when it comes to listening to music on a warm, sunny day. Afie Jurvanen is a Finnish-Canadian singer-songwriter who performs under the stage name, Bahamas. Jurvanen was born in Toronto, but raised in Barrie, Ontario which is basically directly north of his birth city (if you seriously don’t know where Toronto is then shame on you). Bahamas is signed to Brushfire Records alongside artists such as Matt Costa and Zee Avi (sidenote: both are super talented and definitely worth checking out). The label is headed by Jack Johnson which means if he sees something in Bahamas, then you probably will too. Alfie Jurvanen spent time playing music for other artists like Feist and The Stills before going solo. Under the name Bahamas, he released two albums, Pink Strat (2009) and Barchords (2012). I’m going to focus primarily on the latter just because it’s more recent and my favorite. Barchords gives off this west coast, laid back mood that makes you want to lay on the beach and kick back while you enjoy the view. iTunes classifies Bahamas under the pop genre, but I refuse to see him as a pop artist; if anything, I’d categorize his music as folk. However, Jurvanen does include a bit of everything throughout his album like blues and country. Jurvanen’s voice is soulful as he croons bittersweet lyrics accompanied by lofty acoustics. He consistently delivers intense tracks that are guitar-centric and have tender vocals, and I can’t get enough. He also gets bonus points for being a self-taught guitarist. Want to do some deep soul searching? Bahamas can provide some melancholy, haunting tracks for that. Spending the day at the beach? He can give you twangy beach tunes, too. All I can say is that I’m really glad that Afie Jurvanen decided to go solo and release some music of his own.

Kick back and enjoy some of my favorite tracks from Bahamas’ Barchords album! I also highly recommend listening to “I Got You Babe” which isn’t shown below because it’s not on SoundCloud (insert sad face here).