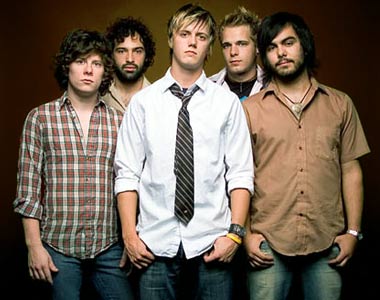 Cartel is the type of band that seems to fly under the radar, and is so humble when it comes to the group’s collective musical talent. Will Pugh (vocals/guitar), Nick Hudson (bass), Joseph Pepper (guitar), and Kevin Sanders (drummer) hail from the southern state of Georgia, and are true southern gentlemen when it comes to their music.  They don’t brag or boast, but are rather genuine in who they are as artists. They consecutively put out albums with meaning and never lose sight of themselves. That’s something I appreciate most about them.

Last week, the pop-rock band put out a brand new song titled “Uninspired” off their new album Collider (set to release on March 26th), and the song is catching on like fire. When I first heard this song, it reminded me of the band’s first album Chroma, which happens to be one of my favorite albums of all time. I am stoked for the release of their newest album, especially if the rest of it sounds anything like this track. Take a listen and let us know what you think!