Comedian Kevin Hart to perform at the Bryce Jordan Center 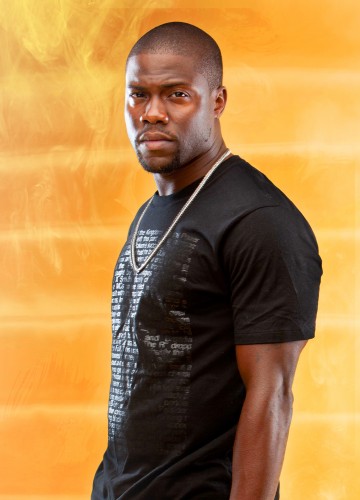 Kevin Hart has burst onto the scene as one of the most versatile comedy actors in film and television.  In September 2011 Hart released “Laugh At My Pain,” the feature film version of his comedy tour (under the same name).   The movie grossed over $7 million, and was 2011’s  most successful film  of those released in less than 300 theaters.  The LAMP tour made Hart 2011’s number one comedian on Ticketmaster, and in February 2011 Hart sold out the Nokia Theater for two nights in a row to break the record previously set by Eddie Murphy.

Hart is currently on the road with his new tour “Let Me Explain.”  This tour will take him to 90 cities in the US, and internationally to cities in Europe and Africa.

This spring Hart will be seen starring in two movies.  On April 20, 2012, Screen Gems will release Think Like A Man, a comedy based on Steve Harvey’s bestselling book Act Like A Lady, Think Like A Man from 2009.  Next on April 27, 2012, Hart can be seen in Universal’s Nick Stoller comedy Five Year Engagement by producer Judd Apatow.

Hart was last seen Little Fockers with Robert DeNiro and Ben Stiller, and in Death at a Funeral, alongside Chris Rock, Tracy Morgan and Martin Lawrence.   He also co-starred alongside Matthew McConaughey and Kate Hudson in Fool’s Gold, as well as opposite Steve Carell in The 40 Year Old Virgin.  Hart’s other film credits include: Soul Plane opposite Tom Arnold, Method Man and Snoop Dogg, Not Easily Broken, Extreme Movie, Drillbit Taylor, Epic Movie, The Last Stand, Scary Movie 4, and In the Mix, Meet Dave and Superhero Movie.

Hart’s DVD Seriously…Funny is one of the fastest selling DVDs in recent years and has gone triple Platinum.   His comedy central special of the same name is the highest rated comedy special of 2010.   In 2009, Hart’s one-hour comedy special “I’m a Grown Little Man” on Comedy Central was also one of the highest rated specials for the network. Hart was the host of BET’s classic stand-up comedy series “Comic View: One Mic Stand.” Hart’s other television credits include ABC’s “The Big House” which he also executive produced and wrote, as well as recurring roles on “Love, Inc,” “Barbershop,” and “Undeclared.”

Hart began his career in comedy on amateur night at a Philadelphia comedy club, and was instantly hooked.  He quit his job as a shoe salesman and began performing full time at such clubs as The Boston Comedy Club, Caroline’s, Stand-Up NY, The Laugh Factory, and The Comedy Store in Los Angeles. However, it was his first appearance at the Montreal Just for Laughs Comedy Festival that led to work in such feature films as Paper Soldiers, Scary Movie 3, and Along Came Polly opposite Ben Stiller and Jennifer Aniston. With his passion for stand-up, Hart continues to tour the country to sold-out audiences.