Comedians K-von and KT Tatara to perform at Penn State

Pair of Comedians to Perform

SPA LateNight presents comedians K-von and KT Tatara who are set to perform on Friday, February 24 at 10 P.M. in Alumni Hall. This is a ticketless event. Students with a valid PSU photo ID will be allowed in for free on a first come, first serve basis. This event may contain offensive language and profanity. 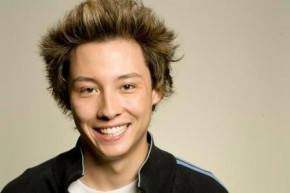 After touring for two years doing stand-up and appearing on SHOWTIME, K-von is eager to spread more of his “Hip Pop Culture” comedic brand around the world. His hilariously funny hidden-camera show “Disaster Date,” proves funnier and more outrageous each time. K-von’s audiences are entertained by his take on dating as a young single guy and the trials and tribulations of growing up in a culturally diverse family. By opening for such comics as Jamie Kennedy and Maz Jobrani and after performing worldwide as headliner and host, K-von has found, “The best part of comedy is I can hang out with people every night who can find a way to see humor in every aspect of life.”

KT Tatara is one of the most requested comedians on the college tour. His very funny style is brutally candid and focuses on classic topics like gender roles and race. In 2006, KT was selected as one of the top “New Faces of Comedy” at the Just for Laughs Festival in Montreal, Canada. He has made television appearances on Comedy Central’s “Live at Gotham,” Showtime’s “Live Nude Comedy,” MTV’s “MVP’s” and the nationally broadcasted show, “Comics Unleashed.” KT has also landed roles on ABC Family’s “Greek” and Showtime’s “Californication.”