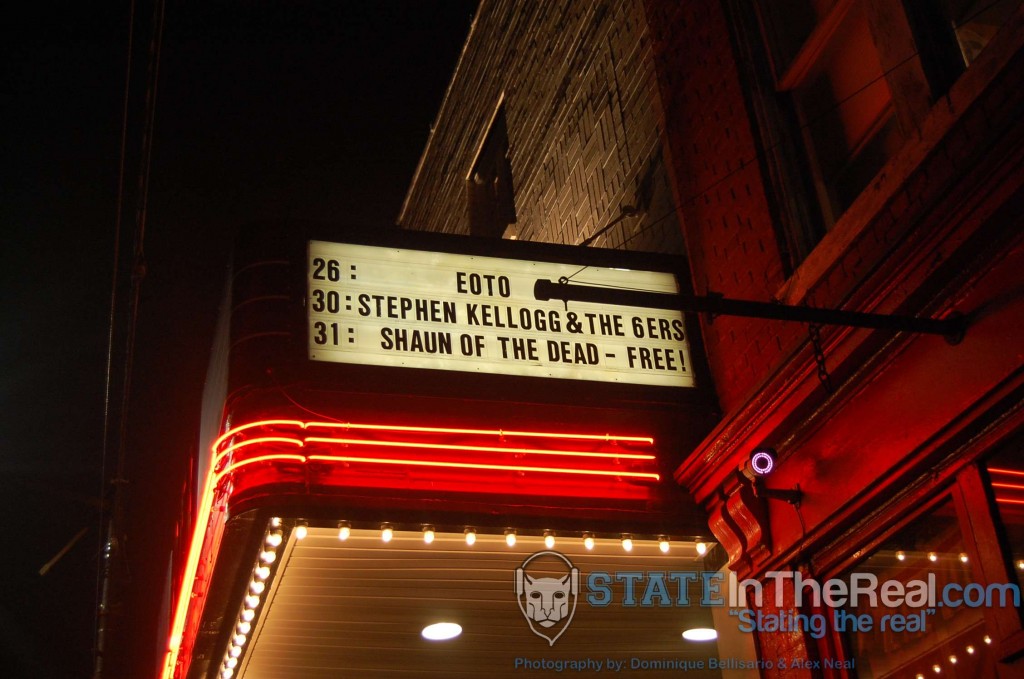 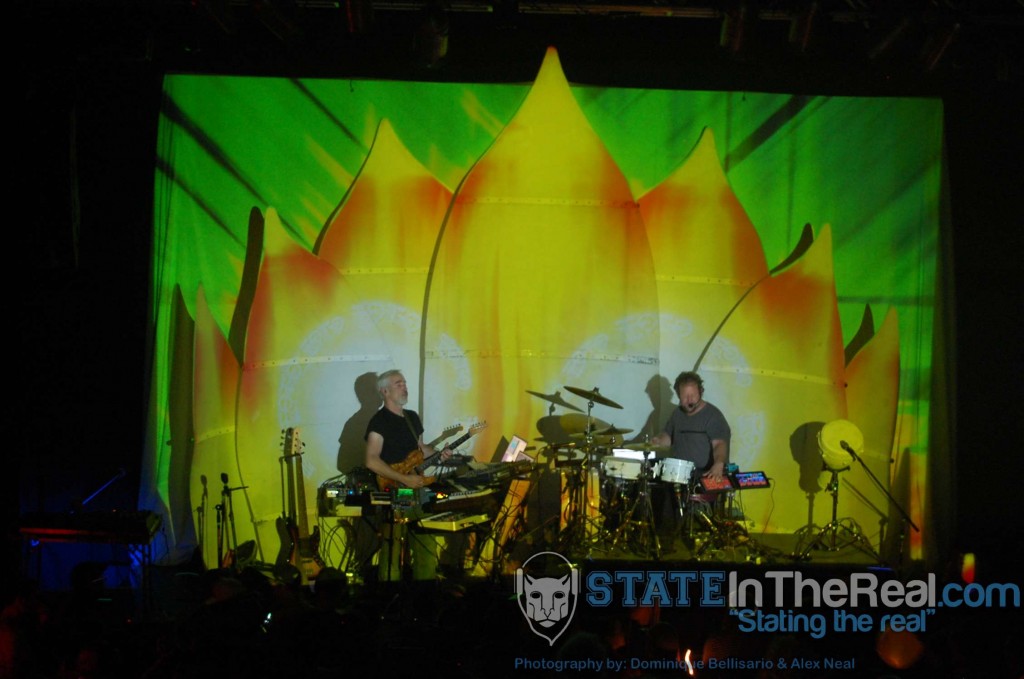 A few things you could find at The Rex Theater this past Friday night: juggalos, Travis’ rage face, screaming fans, Hann in a coconut bra, and yes, of course, the djembe. The livetronica improv duo, EOTO, made the two and a half hour drive from State College to Pittsburgh extremely worthwhile. I was worried that changes to one of my favorite venues would mess up the night for me and anyone else under 21, but I was glad to see that things were different this past weekend. I’m almost positive these guys simply can’t disappoint their audience because they just don’t know how.

A few weekends ago, I was at The Rex Theater and I couldn’t have been more disappointed in the atmosphere. Upon walking into the stage area, I saw a mesh screen about seven feet high that started at the door, and slanted diagonally to the left so that if you weren’t 21 years old, you couldn’t stand in front of any part of the stage, your view was crowded by the fence, and you were cramped into a space that was a quarter of the size of the stage area. I was livid. Half of the experience of a live music show is being a part of the crowd, being able to dance around, and therefore be a part of the music. I was worried that the same fence would be up for the EOTO show, but I was glad to see that it had been reduced to a waist-high railing that actually split the crowd in half.

For a show like EOTO, at a venue like The Rex, you’ve got to have space to get weird and dance around. There are a lot of qualities that come together to make The Rex my favorite venue, but the best part is being able to get so close you can see the expressions on the faces of the artists playing. With EOTO, since the front part of the lotus couldn’t fit on the stage, you could stand at their feet and look up right into their eyes. It was clear that these two absolutely love what they’re doing for us. Their music (like my dancing, but a lot better) is purely improvisational. That means that they’ve got to be extremely familiar with all different styles of music and the equipment that they use to make that music. They’re constantly changing their pace in order to literally keep the audience on their feet. The energy in the room was high; Travis’ rage face was on, and he was dancing and wobbling around his intricate equipment, really feeling what they were creating. Hann, with a huge smile on his face, was beating away at the drums while laying down some awesome vocals.

In the middle of the show, they took a half an hour break, only to come back with an even more intense and mind-blowing set. Jason played a fierce solo on his djembe (a type of bongo-like drum) and I thought it was never going to end. I can truthfully speak for everyone there, though, when I say we didn’t want it to ever stop. There was not a minute of the entire show that my friends and I weren’t dancing hard. They came back to play a ridiculous encore. Ridiculous, not only because of the musical content, but also because Travis was wearing a blond woman’s wig, and Hann had adorned a hat and a coconut bra; pieces of costumes donated to them from audience members dressed up for Halloweekend.

I think the ingenuity of EOTO is unbelievable, and that’s what makes the shows so special. They are all improvised, all the time. You can see everything they’re doing as they’re doing it. Unlike many electronic artists, they don’t just press play and bobble around to make it look like they’re laying down the beats. EOTO actually lays down the beats, one at a time, and you get to see the process of it being created right in front of you. As Travis twists a knob or presses on his Kaosillator, you hear the corresponding synths and the glitches. As Hann speaks into his headset, hand touching his iPad, you realize that weird sounding voice actually belongs to him. You see the process in which they create each noise at the exact moment they’re being created. Through these EOTO articles and the interview, I’ve been having trouble being able to describe exactly what they are, exactly what the experience of a EOTO show is like. I still don’t think I’ve been able to achieve that kind of explanation, but regardless, I seriously recommend that you find out firsthand. Not only is their music genuine, they seem to be pretty genuine themselves, and I am grateful to interact with them and to be able to cover what they’re doing.

The recording of Friday’s show has yet to be posted, but look out for it on livedownloads.com

Check out my interview with Jason Hann

Also, you can find more pictures of the show on our Facebook page! 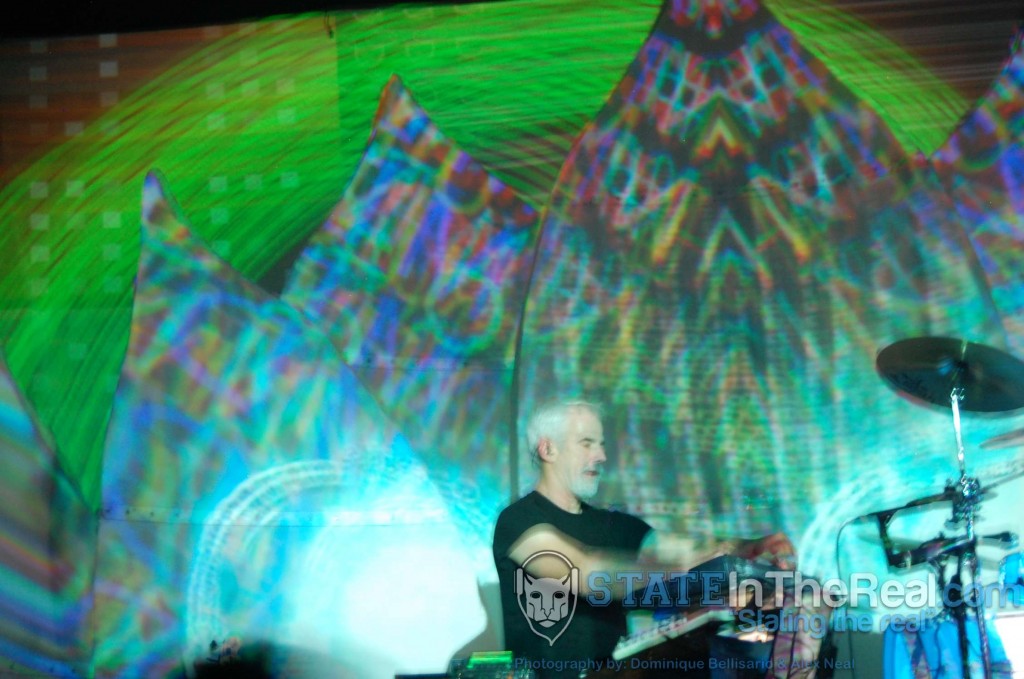 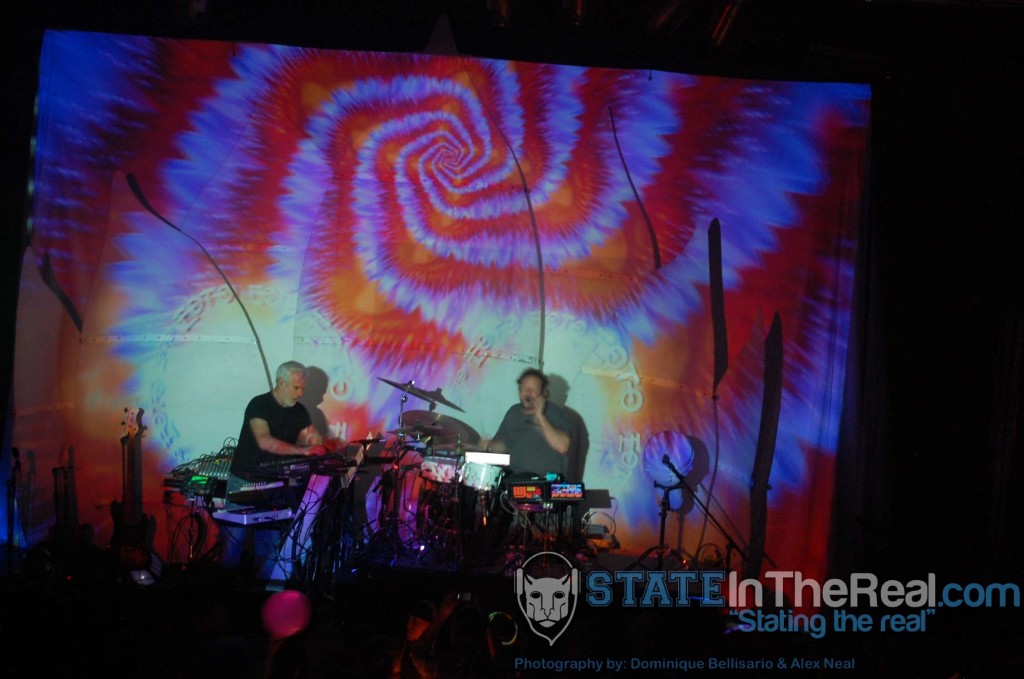 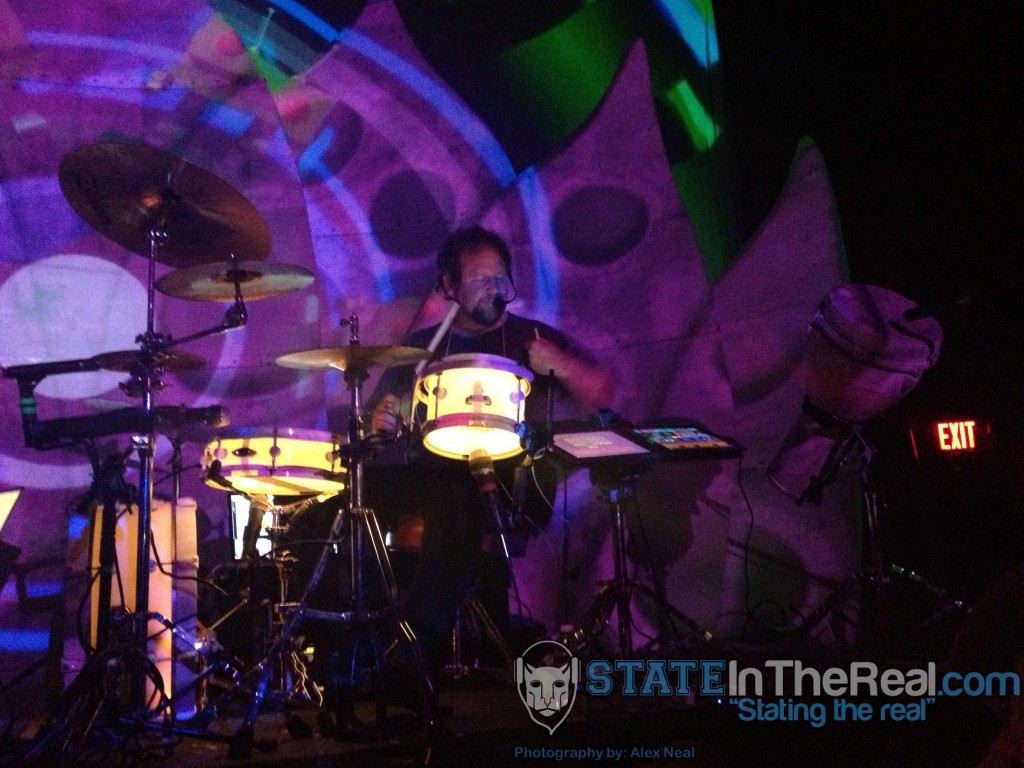