At the beginning of this year the band Lenina Crowne, made up of mostly Penn State seniors, set a few goals for themselves. The first goal was to play the stage at THON 2014, which they accomplished with ease. Second on the list was to play and win the Movin’ On Battle of the Bands and ultimately open at Movin’ On 2014. 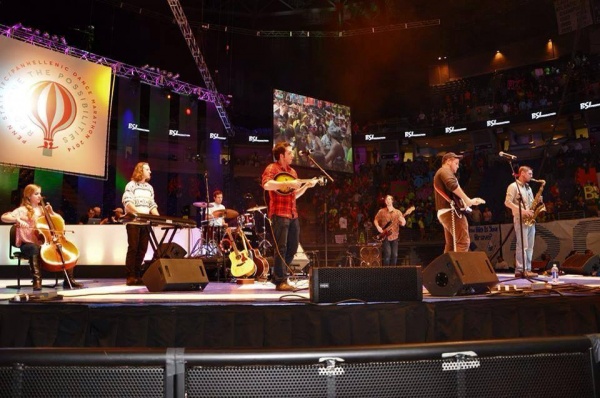 They have succeeded. They will be taking the stage at Movin’ On on April 26th, to open up for Sky Ferreira, Aloe Blacc, Fitz and the Tantrums, and headliner A$AP Rocky!

Until then find them on Facebook and check out their videos below.

The band members include Eric Faust on vocals, guitar and you can sometimes find him commandeering the drum set, Mike D. Mulligan on keys, Emma Ripp on cello, Blake Gifford on vocals, guitar, ukulele and other stringed instruments, Nick Rudenko slappin’ the sax, Eric Seidle rocking the bass and Greg Ford on drums and sometimes playing the guitar when Eric steals the drums.

We would like to extend a huge congratulations to Lenina Crowne on accomplishing so much this semester. We wish you all the luck on that stage, on graduation and beyond. Thank you for many semesters filled with music and catchy tunes. The local State College music scene will miss you greatly but we hope to see you around.