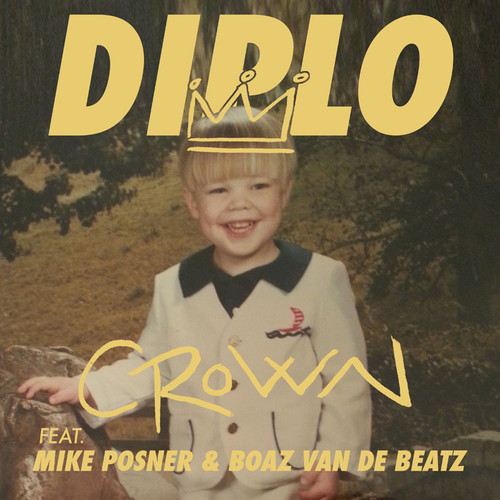 Per his Facebook promise, Diplo just dropped a free dl of his song “Crown” after accumulating 1 million followers total on Twitter. Featuring Mike Posner, Boaz Van De Beatz & Riff Raff, “Crown” is undeniably and awesomely Diplo with a smooth summery twist. Posner adds some of his swagtastic singing to the hook, and Riff Raff layers his chopped and warped flow over the bridge. What’s great about “Crown” is that it still has that chaotic twerktastic production that makes Diplo’s solo work so damn fantastic, but is probably one of the sunniest tracks he’s released to the public in a while. So grab the free download, press play, prop those feet up against a wall or inanimate object, and express yourself to this brash and ballin’ beat.