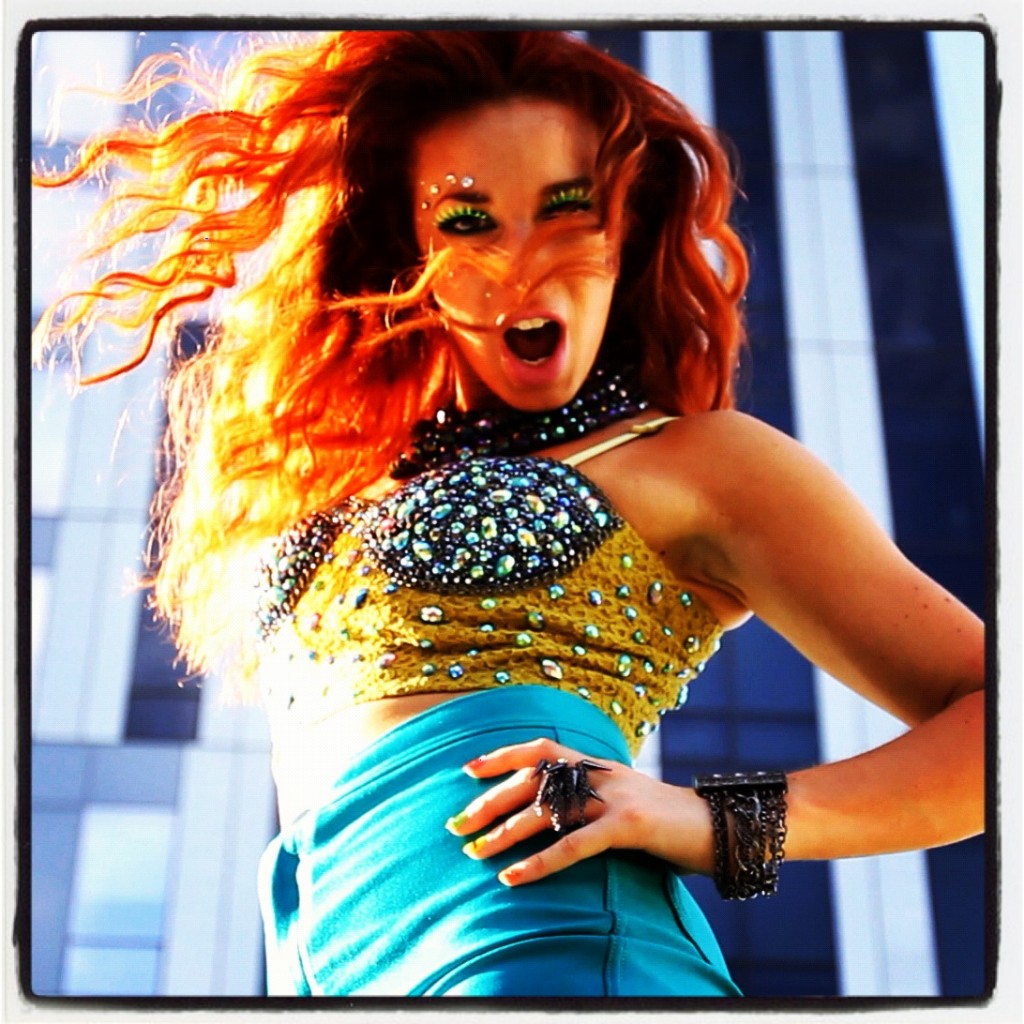 Bex doesn’t just bring the party, she IS the party. Penn State graduate and burgeoning dance-pop artist, Bex has been repping the blue and white since her academic days in the happiest of valleys. Like most alumni, Bex still loves her creamery ice cream (specifically alumni swirl), she was a religious D.P. Dough consumer back in her day, and she was all about hitting up the bar scene on Thursday nights (especially the $1 Iced Teas at Lion’s Den). Unlike most alumni, her debut single “Life of The Party” is currently climbing its way up the charts, turning heads and destroying dance floors. It’s a Billboard Dance Chart Breakout, escalating up the Top 100 Pop Radio Airplay charts, and has helped Bex earn the accolade of being among Mediabase’s Top 5 Most Active New Independent Artists. She’s been knee-deep in music and dancing since she was 2 years old, went through Penn State’s very own Musical Theatre program, and has since then taken her talents to the professional level. What is it about “Life of the Party” that makes it so infectious and fun? Well…

Any song that starts with the line “GET CRAZY, TWISTED, STUPID” is bound to go somewhere wild, and Bex certainly delivers, leading us to the most untamed of party jungles. House beats tower above the floor of teeming synthesizers, and Bex’s joyous, hook-lathered vocals lay out like a thick canopy above the undomesticated dance instrumentation. The music video does a solid job of paralleling the track, depicting Bex in vibrant outfits and outlandish make-up. Surrounded by a hodge-podge of colorful characters, Bex flaunts her grade-A dance moves and enigmatic personality. If you enjoy “Life of the Party,” check out some of the fantastic remixes of the track. They take the off-the-wall sound of “Life of the Party” to a whole ‘nother level (especially the Cosmic Dawn remix). We had the opportunity to interview the talented artist, and she gave us some insight on her life as a musician, her time spent at Penn State, and the genius behind her debut single. Check it out below! 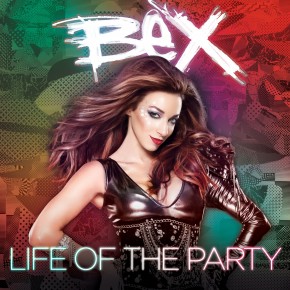 SITR: How did you first get into music? Were you always interested in writing and recording dance music, or was that a transition from another genre?

Always interested in dancing, always interested in music, but the passion for dance music came later.  My background’s in musical theatre, so I’ve always studied music, vocals, dancing, acting.  Went through Penn State’s B.F.A. Musical Theatre program and loved every second of their training, it was intense.  Although my interests have shifted to the music industry and I’m no longer active in theatre, the intentions stay the same—the need to tell a story.  I’ve just adapted genres; the idea of writing/recording extremely accessible music became this obsessive desire for me, so I went after it.

SITR: Are there any concerts or shows you’ve performed in the past few years that you find memorable?

Heeeeeell yeah.  One fun part about my job is I’m able to make each show unique, depending on the venue.  I have staging set with an incredible choreographer, Derek Mitchell, but we adapt it based upon the venue layout, crowd, and really, whatever wild idea pops in my head that I wanna run with.  My first gig performing my own music was at a big gay club, Splash, in NYC.  When I heard they had an on-stage shower (the entire back wall turned into a shower)…that was it, I had to use it.  Obviously wilin’ out in an on-stage shower was a pretty sick debut gig.  In another big venue in L.A. I got the idea to have my dancers let off fire extinguishers at the end of the set…awesome effect, felt very badass.  I’ve been known to throw surprises in my shows…whether it’s singing while running thru the crowd or bouncing down a bar, or feeding audience members champagne while singing…anything to get them hyped and feel like they’re a part of it—because they are!  They are the most important part of it.

Grew up on Michael Jackson, Janet Jackson, and Madonna, like a lot of the 80s babies out there.  I remember a dance recital did not go by which didn’t include a song from any one of them; tried to learn all the lyrics, learn all their choreography.  Although our styles are very different, I’m so inspired by Beyonce.  Her work-ethic is incredible, and she oozes with talent.  She’s one of those artists I can listen to any of her albums, any of her tracks, and just go head over heels for it.  Currently I’m loving music by Dev, Nicki Minaj and Azealia Banks; love that each has such a unique sound and point of view, and regardless of how the rest of the world reacts to it, they keep on being “them”.  I love artists who don’t need the whole world to love them, who don’t need to win critics over, they just do their own thing and trust that their fans get it.

SITR: What was the Penn State music scene like back when you were a student?

Well, State in the Real didn’t exist yet, so it was like being a lost puppy.  Just kidding.  Two big things are different; first, the style of music has shifted a bit.  When I was there (which wasn’t that long ago!), it was ALL about hip hop music.  That’s all you heard, it seems.  There’s definitely a lot more EDM gaining popularity, and even songs by “hip hop” artists now have that dance beat flavor and use production techniques you’d hear in dance/house music.  Of course the reaction to that is a bit of a folk movement, with artists like fun. and Lana del Ray; not sure how much Penn State students follow them, because I’m not on campus!  So that’s just a natural shift in taste and styles, but the other difference is a part of our culture over all.  Even though I’m not out of PSU that long, you guys there now are so much more internet savvy.  You grew up being globally connected and are much more in tune with social media and marketing.  Rather than discovering music JUST by what you hear on radio or what’s played at a party (which are both still wonderful, viable ways!), you have the ability to discover new artists on blogs, social media, sites like YouTube…the list goes on and on.  And students now are GREAT at it.  So the difference is, there’s such a larger catalog of music out there that you can discover, you just need to learn how to weed through it and somehow streamline it to the good stuff.  That’s why a site like yours makes perfect sense.

SITR: What was it like transitioning from a college student to a professional recording artist?

Tough, but I’m the kind of girl that loves the “journey”.  It’s tough in any industry going from the structure of college to the demands of a job.  In the entertainment industry, or any start-up or self-run business, you have to be above and beyond self-motivated.  Gotta find some sort of structure in those open and free 24 hours of each day.  For me (and I think most artists), I’m driven by learning, discovery and challenging myself…so I continue to get vocal coaching, take dance lessons, participate in songwriting workshops.  I feel like I’ll be doing that stuff until I’m 80, haha, it’s like this need to be pushed physically and creatively.  In college it’s easy to take for granted the vocal lessons, music classes, dance classes, etc that are required for a performance major…in the working world, you crave that stuff, and you gotta lay out the dough for it!  As far as working and creating success, I know it’s said all the time but you MUST think of yourself like a business.  Yes I’m a recording artist, but I also own my own label, and hire (and have fired) members of the team to bring in their expertise.  You must think of yourself as having a product that is desirable enough to market and sell.  It’s as much about having a business sense as it is about “having the goods”.  One of the most important lessons I’ve learned is not to keep “yes people” around…make sure you have people who will be honest and tell you “no”, or “this can be better”.

SITR: What was the idea and inspiration behind “Life of the Party”?

The concept popped into my head on the treadmill, where for some reason I get a lot of my songwriting ideas.  I think because I’m not trying too hard and ideas/lyrics can just naturally flow out.  I wanted to write a song for those people going nuts in the center of the dance floor, having a crazy good time, and they just feel like they are the shit!  Wanted it to be a mix of loveable cockiness and just plain old loving life…I mean, we’ve all had those nights right, where we kind of felt like we ruled the world?  (maybe it’s alcohol induced thoughts, I don’t know or care).  I had a lot of those at Penn State, quite frankly…of course after all my studying and homework was done! I was definitely a bit of a party queen among my friends, whether I had the most outrageous costume at a theme party, or I’d be the wildest on the dancefloor, or the first one to do any “dares”.  So I wrote “Life of the Party” with all those feelings in mind of being shamelessly unstoppable and larger than life.  It’s a dance song, afterall, so the whole point is just to get ya crazy, twisted, stupid.

SITR: What was it like filming the “Life of the Party” music video?

Soooooooo fun.  I’m fortunate I work with a killer team.  Mikhail Torich is a creative, efficient director who’s worked in many, many media for many years, so I had no problem trusting his vision.  After brainstorming, I felt strongly I didn’t want your typical “lets go to the club and have hot men and women partying” kind of video.  Wanted it light, colorful, goofy, and a little quirky.  So we kept away from any club scenes, and instead created parties in non-partylike places….in a classroom or an office.  Also wanted to show all kinds of random “types” gettin’ crazy twisted stupid, hence Santa Claus, the drag queens, the “sorority chicks”, “sexy nerds”, etc, which are straight out of the lyrics.  So what was it like filming?  Sweaty, goofy, silly, messy, and wild.  I was living for that “candy” make-up, felt like a little raver kid from 1996.  Hope ya like those bright blue lips too, had some Penn State make-up colors thrown in there!