Chris Will
Mainstream Music, Music
Comments Off on David Bowie's BACK & Better Than Ever With His New Album The Next Day 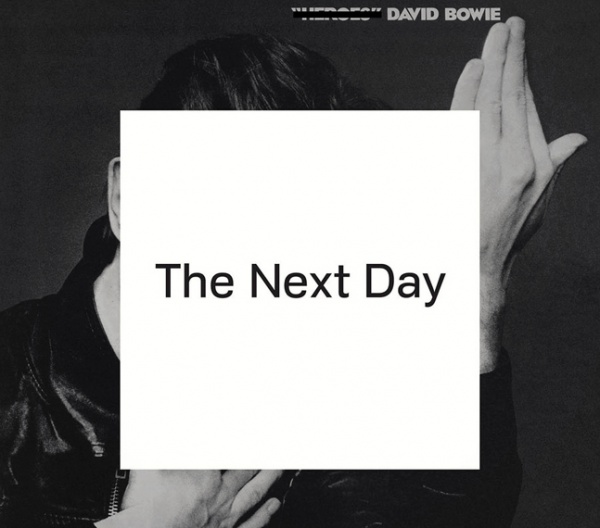 Welcome back Ziggy Stardust, it’s been far too long. David Bowie’s long anticipated comeback album, The Next Day, shows Bowie flaunting the same kind of sultry and hazy tunes that made him such a sensation decades ago. It was our parents’ time, but that doesn’t mean that we can’t enjoy it too. Back in those days, Bowie was revolutionizing glam-rock, but in the spectrum of modern music, The Next Day has that same kind of fresh funk, but with a different twist. Bowie slides easily into the 70s and 80s revival phase in mainstream pop and indie, and so The Next Day is not in the least bit outdated. The electric guitars and synthesizers burn and glow with the same intensity as they did in the height of Bowie’s musical career, and even those who weren’t familiar with Bowie’s earlier works will find enjoyment in this current yet quaint release.

What most won’t catch is the evil sneer that lies beneath the fluffy 80s-styled synth rock. “Next Day” smacks you in the face with its skeletal guitars and eerie vocal echoes, and when Bowie launches into the chorus, screaming “here I am, not quite dying, my body left to rot in a hollow tree,” it’s clear that these are not records for the faint of heart.

“Valentine’s Day” has those slow, simmering guitar chords that compliment the smoky background girl group vocals. “If You Can See Me” has an experimental, U2-ish quality to the hodgepodge of clannish drums and swooping instrumental breaks. “The Stars (Are Out Tonight)” has a sly synthesizer crooning in the background, and “Where Are We Now” is a weighty but groovy ballad. There’s a good mix of musical influences and throwbacks, and there’s something in The Next Day  for everyone.

The Next Day isn’t just an album, however, it’s a concept. Bowie created the album cover to show that we as humans can never escape the past, but at best we can forget the things that haunt us and move on with out lives. As Bowie puts it:

“…we cannot break free from the past. When you are creative, it manifests itself in every way – it seeps out in every new mark you make. It always looms large and people will judge you always in relation to your history, no matter how much you try to escape it. The obscuring of an image from the past is also about the wider human condition; we move on relentlessly in our lives to the next day, leaving the past because we have no choice but to.”

Even Penn State students have been in The Next Day spirit, embracing not only the album, but the concept as well. Check out some of the photo submissions below, and contact us if you’d like a sticker as well! 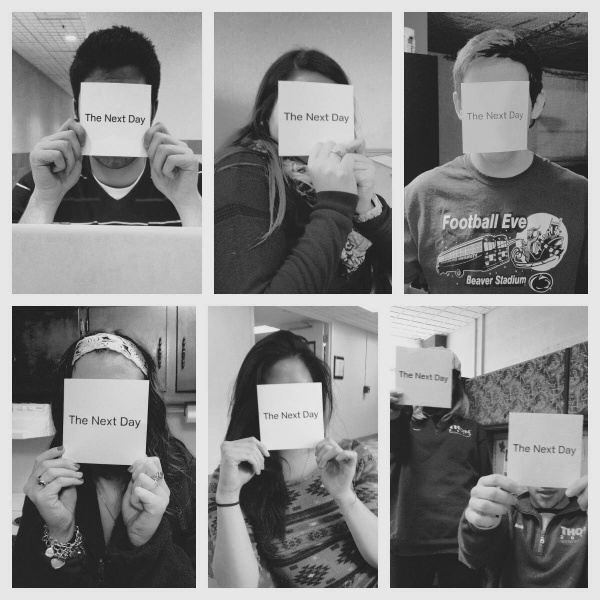 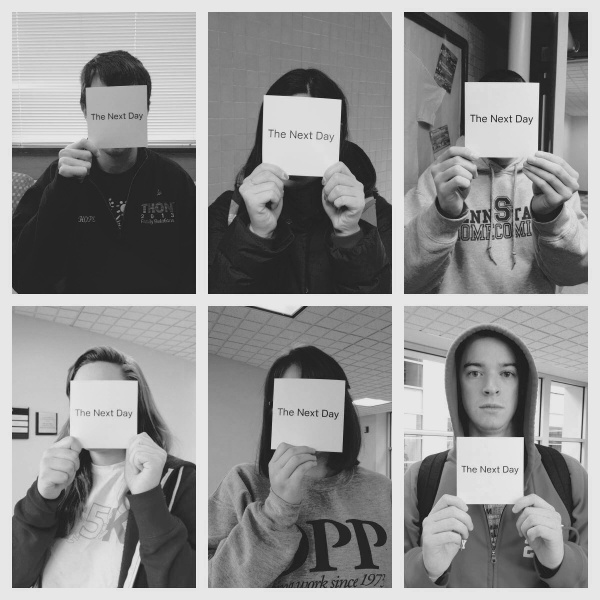 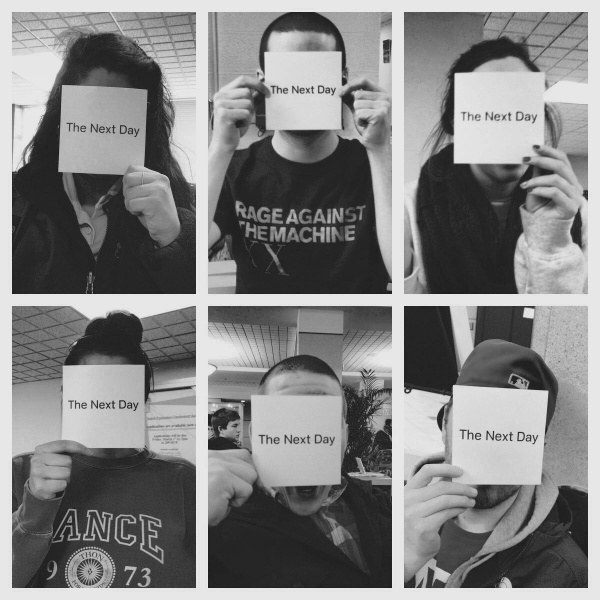