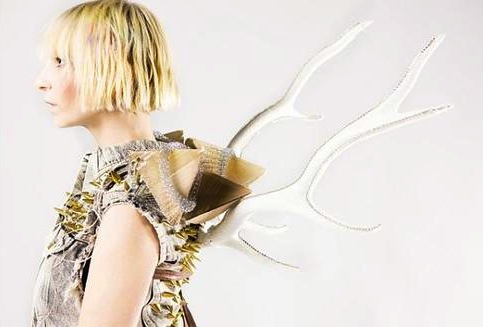 David Guetta teams up with Australian jazz singer Sia for the track “She Wolf (Falling To Pieces),” and once again the two musicians show that they are truly a force to be reckoned with.  The track builds upon a minute-long intro, flaunting the same seamless mix of alt-rock and house music that made “Titanium” such a hit.  However, “She Wolf” is a bit of a side step from the uplifting lyrical theme of “Titanium.”  Taking subtle cues from Robyn’s “Dancing On My Own,” Sia is left alone to watch her lover in the arms of another woman.  Her chilling voice projects her grief into the strong currents of electric guitars and piano keys that rush around her.  David Guetta syncs up his production perfectly with the vocals, releasing the stadium-sized synthesizers just as Sia’s voice breaks off with “…falling to pieces…” sweeping away the heartache with the dazzling breakdown.  Sia might have a past with indie-pop, but with her newfound identity as a dance vocalist she better be enlisting some of the best EDM producers for her next album.  Check out the song in the video below, and keep your eyes peeled for the track’s digital release.