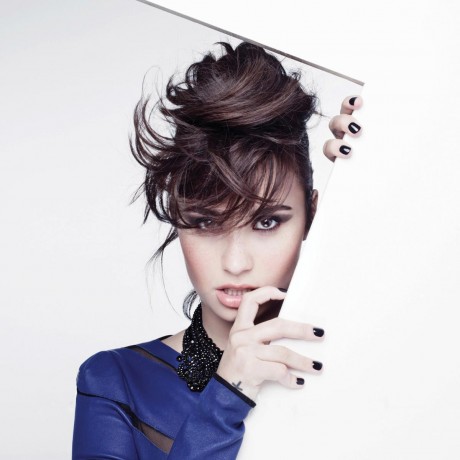 For those Disney tweensters and Lovatics (and for the rest of you who just have a lot of feelings), your favorite pop songstress Demi Lovato just released her new single “Heart Attack.” The soon to be smash gives us a peek into her upcoming album, and though “Heart Attack” was slated for release next week, the Internet won and it leaked early. It seems like only yesterday that Lovato released her last album Unbroken, and though that’s probably because “Give Your Heart A Break” literally NEVER left the radio waves last year, this new record seems like a promising step for the young starlet. We get a good mix of acoustic pop and R&B with “Heart Attack,” along with some slightly disorienting EDM influences chucked in (for good measure or otherwise).

The song kicks off with some intense violins and vocal filters, as Lovato delivers the hook of the track from the very start. Then her voice starts to do that all-to-familiar pitch build into what would normally be some kind of dubstep or house breakdown, but instead the song reels it WAYYY back into a minimalist beat and an almost indiscernible acoustic guitar (insert trollface meme here). The rest of the song progresses like a pretty standard R&B track, as Lovato pulls in a bunch of lyrical elements, trying to sound like an independent tomboy, a downtrodden, nervous little girl, and a pissed off, bitter woman all at the same time. Obviously someone needs to give HER heart a break (pun most certainly intended, with all its deliberate corniness). The song definitely throws back thematically to her pre-Unbroken singles, while incorporating many of the production elements found in Unbroken. Undoubtedly, it will be all over the radio and stuck in your head for the next 10-11 months. So you might as well just listen to it now.