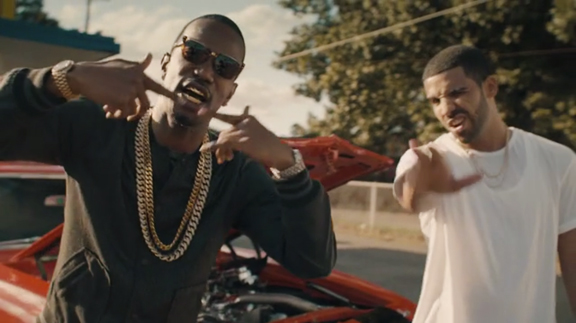 The Drake assisted remix to Future’s banger “Sh*t” finally arrived today. Drizzy spits over a retooled beat that includes a Three 6 Mafia sample with none other than Mr.Memphis; Juicy J. Drake throws subliminal shots rhyming, “I hear you talking ’bout your city like you run that. Then I brought my tour to your city, you my son there n*gga.” You think there’s a chance a certain Compton MC perked up at the sound of that? Shots fired! The OVO capo issues some crafty wordplay explaining his dominance in the game and even mentions his deal with Jordan Brand. Drake has teased a couple other songs while on tour these last few months. Let’s hope “Trophies” and his Aaliyah collab are unveiled next. Check out the “Sh*t” remix below!