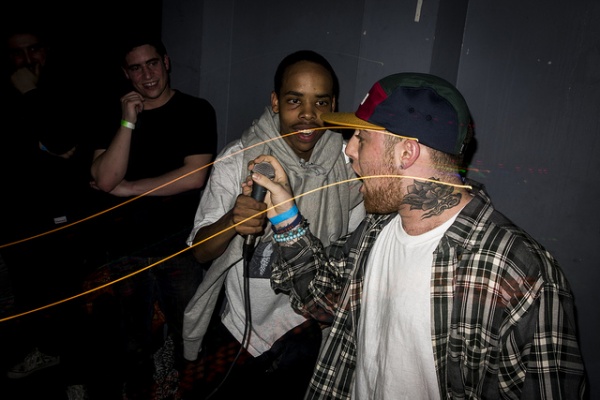 Odd Future fans probably noticed when Earl Sweatshirt and Mac Miller started tweeting back and forth, evidently having met and become friends at some point.  Bonding over their mutual interest in Lil B and music production, Earl and Mac Miller began talking more about original music and more recently they started doing shows.  Performing with fellow producer Flying Lotus at Low End Theory, the unlikely duo put on a crazy show. I say unlikely duo more because of my minor bias against Mac Miller, but he really seems to have gotten a lot smarter with his music lately and a lot more into production.  fter I heard Earl’s amazing new song “Guild” off his upcoming album Doris, any doubt the pair worked vanished from my mind. I don’t think anyone can comment on the two working together with anything other than praise because the deep-voice altered raps go perfect together. Listen for yourself: