Foster The People Come of Age in New Music Video 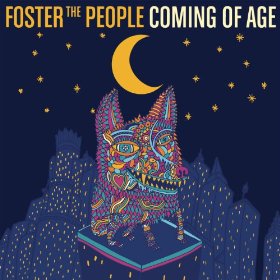 Foster The People released the music video today for “Coming of Age”, their first single of their new album, Super Model, which will be released on March 18th. This is Foster The People’s first album since their debut album, Torches, which was released in 2011.

From the start, this video transports the viewer to an adolescent’s perspective of the 80’s. The video goes through different trials and tribulations that illy dressed teens face and the ways they overcome them, each in their own unique  ways.

The band themselves are shown playing as well, in a dimly lit backdrop you might see in an episode of Zoom!. It is clear that the band has matured these past few years, through their physical appearance and their music.

This single has received a lot of positive feedback and it seems as though the band has come back with a vengeance, now we’ll just have to wait and see if this carries over through the rest of the album.