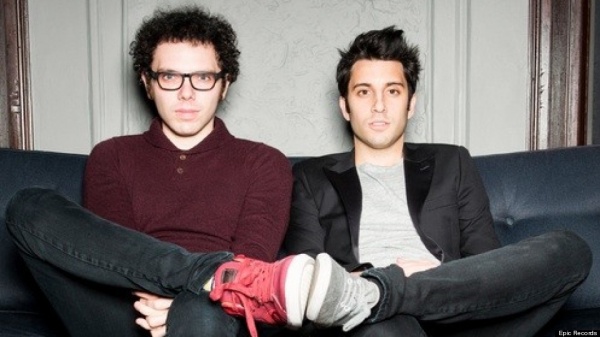 SPA just announced the bands for Founder’s Day 2014! The bands playing on March 4th in Alumni Hall will be A Great Big World and Delta Rae!

The celebration will begin at 8pm and is a ticketless event with valid PSU student IDs. Patrons will be let in on a first come first serve basis. Hailing from Durham, North Carolina, Delta Rae, is a six–‐piece band who brings an interesting rock twist to the typical country and folk genre. Their debut album Carry The Fire was released on Sire Records last summer and has been a big hit ever since. With strong four part harmonies and powerful lyrics, Delta Rae has managed to send music reviewers raving. “–‐if Fleetwood Mac came up in North Carolina, they would resemble Delta Rae.”, Rolling Stone proclaimed. Playing amazing live shows adds to Delta Rae’s fantastic music reputation with sold out shows from coast to coast and appearing not once but twice on both The Tonight Show with Jay Leno and Conan. The band has also shared a stage with First Lady, Michelle Obama, during a Democratic rally at UNC Chapel Hill. Their latest EP Chasing Twisters released last November, was voted by iTunes as ‘Single of The Week’ and Delta Rae’s are currently working on their second album due early this year to follow up their EP.

The second act is most famous for their memorably heartfelt single, Say Something, first heard on Fox’s So You Think You Can Dance. The single by A Great Big World was later re–‐recorded to include featuring artist, Christina Aguilera. Say Something continued to gain popularity as the band played show stopping performances on The Voice, The American Music Awards and culminating at The Victoria’s Secret Fashion Show at the end of the year as the band opened for Maroon 5. A Great Big World’s musical journey officially began with the release of their self–‐titled album Is There Anybody Out There? In January 2014. But producing music albums is not the only thing on the duo’s agenda. In the midst of their endless touring all over the East Coast with West Coast dates to be announced soon, the boys are also in the middle of writing a Broadway musical.