Chris Will
Mainstream Music, Music
Comments Off on Get Swept Away in the Deafening Pop Prowess of Katy Perry's "Roar" 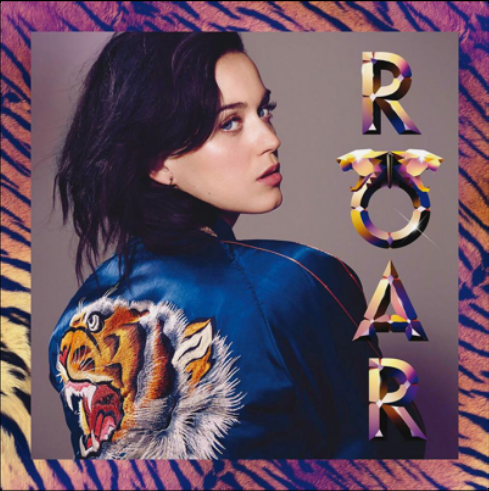 As the goddess of cookie-cutter pop, the lovely Ms. Katy Perry, began dropping hints about her forthcoming third album, it was clear that she was leaving the teenage dreams behind. She made a point to convey that she was moving on not just in her ridiculously public love life, but also in her ridiculously gargantuan musical career. A gothic look, partnered with statements that her album was going to be “much darker” than her current catalogue, had the pop-hungry masses as confused as they were intrigued. Would Katy be going for more of a morose, cutting pop sound a la’ Kelly Clarkson’s My December? What kind of strange and shadowy musical textures would the “Wide Awake” enchantress be delving into? And, most importantly, would it be a career-derailing move for Ms. Perry? America, nay, the world could barely handle the anticipation.

But when concrete details of her third effort came into fruition, everyone began to realize that “darker” may not have been quite as dramatic as Perry led us all to believe. A glistening golden semi, emboldened with the title and date of her third album, was sent on a journey across the United States to let everyone know that the entirety of Prism would grace our ears come late October. A series of video teasers, which gradually began to actually have small snippets of the leading single, showed Katy Perry as relatively normal looking and decidedly ungothic. And with the unveiling of the title and cover work of her first single “Roar,” depicting Perry looking intensely over her shoulder while showing off a tiger emblazoned-jacket, it became blatantly clear that “dark music” in the Dr. Luke world was a bit different than the “dark music” we expected. And finally, when “Roar” jettisoned onto the Internet in its full glory on Saturday, we saw that Perry wasn’t eschewing her pop foundation or fan base to wallow in self-pity. Instead, she gathered the power of her past radio-crushing efforts with the sonic influences of present pop and created an anthem that tears through the stratosphere with a thunderous shout, playing like the liberating sequel to “Wide Awake.” “Roar” isn’t really darker than her past singles; it’s just more determined.

It’s obvious Katy took note of fun.’s radio overthrow, as “Roar’ vibes with the distinctive hip-hop turned indie-pop feel of some of Nate Ruess and co.’s best, with the twinkling piano, guitars and drums purposefully overshadowing the buzzing bass synthesizer. The verses are so stuffed with catchiness and camp that it doesn’t seem feasible that the chorus could be bigger, but it is, and it literally catapults you into the heavens. Everything about the chorus makes “Roar” the undeniable, ear-grabbing smash that it is, from the fantastically cheesy Survivor reference to the “OH-OH-OH-OH-OH-OH-OH” that trails off the end of the divine hook. Whether or not “Roar” is indicative of Prism’s overall sound remains to be seen, but one thing’s for sure: Prism is gonna be huge, and like One Of The Boys and Teenage Dream, it’ll be another colossal landmark in Perry’s behemoth music career.