Good Times with Badfish at Levels

…when you grab a hold of me, tell me that I’ll never be set free 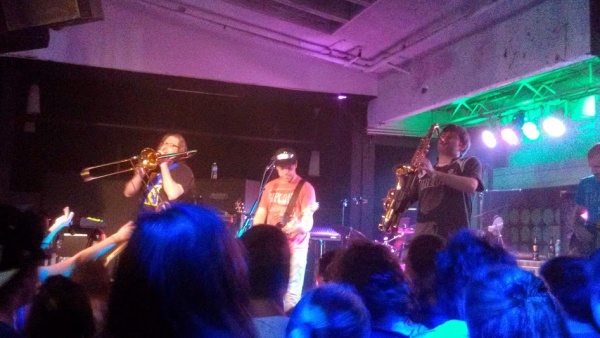 Just in time for Sunday’s holiday (and I’m not talking about Easter,) New England based cover band Badfish brought the good vibes and energy of reggae legends Sublime to Levels this Tuesday night. The guys delivered an emphatic and powerful performance that was both incredibly unique and endearingly familiar. Longtime fans of the music of Sublime were not at all disappointed as Badfish breathed new energy into the songs we all love so much. And Badfish played a full set packed with just about every classic Sublime hit and deep cut, with extended and inventive versions that added an exciting twist to the classics.

As the lights dimmed and the sounds of bong rips and Snoop Doggy Dogg and Dr. Dre’s “Gin and Juice” bumped through the club, the crowd lit up in anticipation, setting the tone for the entire evening. Earlier cuts in the set list included fan favorites such as “Jailhouse,” the ska dance-a-long “Wrong Way,” and the eponymous “Badfish.” These songs were enhanced by an extremely talented brass section, especially the sax player, whose energy motivated the crowd and inspired some epic circle pits. 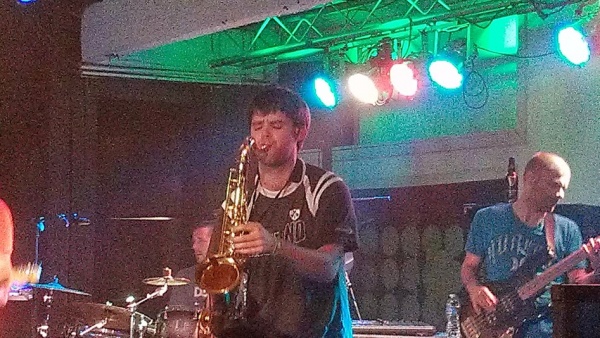 As Badfish laid down hit after boisterous hit, they peppered their set with fun little interludes including a musical duel between the guitar and the sax, a recording of Sublime’s infamous pet dalmatian: Lou Dog, a brief snippet of “Tequila,” and what can only be described as a shouting match between a man and a trombone. These interesting and entertaining additions to the set list helped bolster their reputation of consistently providing the best live cover experiences in the country. And as Badfish filled out their set with Sublime fan favorites as “40 oz. to Freedom,” “Garden Grove,” and “April 29, 1992,” everyone in the crowd found themselves singing along and screaming “187 on a mother fuckin’ cop!”

Much love goes to the guys in Badfish for creating the type of performance and atmosphere that Sublime should be experienced in. Big energy in a smaller venue where the entire crowd can participate is the vision that I believe that Brad Nowell and the gang had for the best enjoyment of their music. The band really captured the energy that I imagine filled the air at a real Sublime show. The singer, Pat Downes, even nailed Brad Nowell’s signature graveled, Louis Armstrong-esque vocals. I must say that I have seen Sublime with Rome a couple times now and I do not think they are as good as these guys, no offense to Rome, Eric, and Bud. Those guys are legends. But as far as capturing the essence of the original Sublime, Badfish has ’em beat. 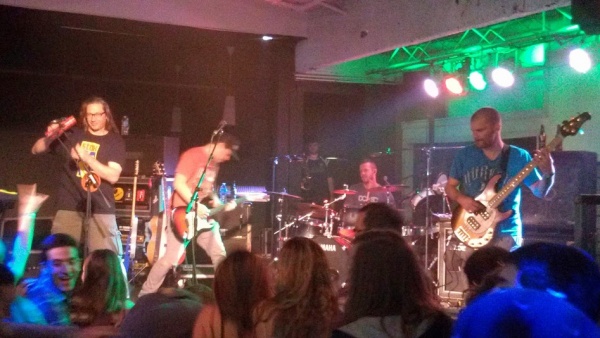 The gang finished out their set with classics like “Caress Me Down,” “Santeria,” and an incredibly entertaining and diverse rendition of my personal favorite Sublime jam: “Doin’ Time,” complete with upbeat ska variations, sexy sax solos, and heavy dub bounce-a-longs. As the band wrapped an uncannily perfect version of “Santeria,” they exited the stage for the first time. 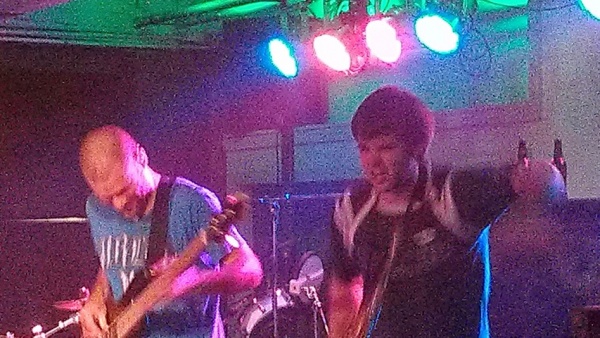 The encore of Badfish’s set was nothing short of extraordinary. The sax player emerged from backstage jamming to a cover of “Thrift Shop” by Macklemore, that ended right into the infamous recorded intro from “Smoke Two Joints,” followed by an explosive performance of the song. Badfish continued their encore with an extended jam through Sublime deep cut “Pawn Shop,” which again featured epic sax solos and prolonged trippy jams that had the entire crowd moving. The final song of the night was an energetic and interactive performance of perhaps Sublime’s most popular hit “What I Got,” during which, pretty much every sexy girl in the house joined the band on stage in an epic sing-a-long to close out an amazing show. 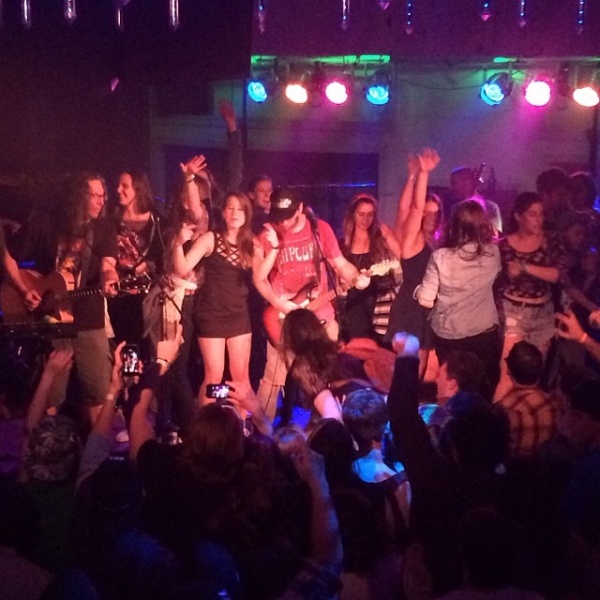 If you missed them this time around, Badfish is on tour all Spring, hitting cities all over the East coast. If you’re fan of Sublime’s music, definitely go check them out as soon as you can!