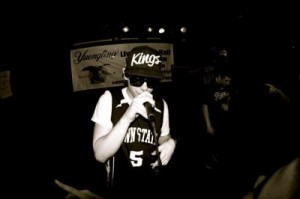 Another young rapper has jumped into the spotlight at PSU. Greg Falatek has been gaining a lot of publicity ever since he dropped his mixtape “Higher Education”. This Philly rapper lays down tracks about life at PSU, and love for his hometown. Falatek is currently working on his new mixtape “The State Gatsby”, which will be released on 4/20 (go figure). After releasing the video for the song “Friends” from “The State Gatsby”
Follow Greg Falatek on Twitter: @falatek610

Check out “Get By”

Check out his new release “Friends”