Hear the ballad of the year: A Great Big World’s “Say Something”

Chris Will
Mainstream Music, Music
Comments Off on Hear the ballad of the year: A Great Big World’s “Say Something” 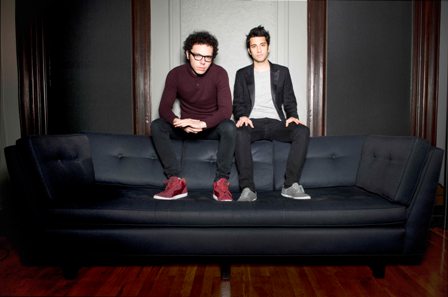 There’s power behind simplicity, and that’s a fact that so few artists seem to understand these days. Everything’s all melisma and cotton candy, everything’s gotta be bigger and more layered. Even ballads have lost what they used to have; the last true radio ballads have been Adele’s “Someone Like You” and Christina Perri’s “Jar of Hearts.” Luckily, there’s another power ballad thats quickly lighting up the hearts of America, and it’s “Say Something” by pop-rock duo A Great Big World. Their song “This Is The New Year” has already been “covered” by Glee, but it’s “Say Something” that’s currently shooting up the charts (thanks to a spot on the finale of So You Think You Can Dance). The song alone has caught the attention of pop powerhouses like Christina Aguilera and helped them land a record deal with Epic. They’re performing it live on The Voice on November 5th with Aguilera, and from there it’s bound to keep erupting in popularity. So stream it below, and let yourself be swept away by the unadorned emotion and strength of the track. Thank goodness for A Great Big World, or else we might have completely forgotten what a real ballad sounds like.