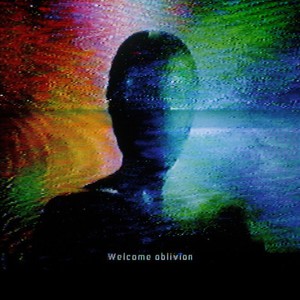 Former Nine Inch Nails frontman Trent Reznor and his wife Mariqueen Maandig are certainly music’s most morbid and unconventional couple, using their talents to form How To Destroy Angels, their strangely appealing and dark electronica outfit. They followed up an omen ep_ (which we reviewed in the fall) with their debut full length Welcome Oblivion, expanding upon their catalog of chilling, synth-led tunes. As with the EP, Welcome Oblivion has its share of unsettling and heavy moments, but among them are slices of pure musical genius. The album is most certainly a journey, so here are some starting points to get your foothold steady.

In “And The Sky Began To Scream”, the title speaks for the entire song, as the rushing and stuttering dubstep-styled drops and scattering electronic instrumentation break like a tumultuous sky in the midst of a cataclysmic storm. Maandig and Reznor mix their equally haunting vocals throughout the song, cementing the band’s signature sound.

The title track to Welcome Oblivion is easily the most accessible track on the album, as Maandig channels Alice Glace with her tuneful, distorted half-hook and catchy yelps. Per usual with most of How To Destroy Angels’ work, “Welcome Oblivion” seems just shy of landing on the dance floor, hints of club potential flitting throughout but mostly drowned out with the exotic production.

“Strings And Attractors” opens with a spattering of robotic beeps set over filtered 808 percussion, while Maandig coos prettily over the icy instrumentation. The chorus sounds strangely warm, as Trent Reznor joins Maandig as a thrumming bass line counteracts the discordant background synth.

“How Long?” conveys more of a fluid groove, with Maandig’s vocals relatively clean above the steady synth line. The chorus is thick with harmonies, and it gives the track a surprisingly solid pop sound. The end of the song breaks down a bit into a creative instrumental line, but as a whole the song is tame compared to most of How To Destroy Angel’s work.

Pick up the album when it drops on March 5th!